Difference between NiMH and mAh Batteries

Key difference: NiMH is a type of rechargeable battery. mAh is the calculation of the energy that can be delivered by the battery. 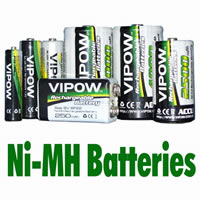 There are many types of rechargeable batteries. One of these types is the NiMH batteries, which stands for nickel–metal hydride battery. Some other types of rechargeable batteries include NiCd, Li-ion, Lead-Acid, and many more. These mainly differ in the substance that they are made of, for example, NiMH is made up of nickel oxyhydroxide (NiOOH), and a hydrogen-absorbing alloy, being in essence a practical application of nickel–hydrogen battery chemistry.

These batteries also differ in the amount of energy that each one contains, for example, a NiMH battery can have two to three times the energy capacity than a NiCd battery of an equivalent size. This energy capacity is calculated as ampere-hour or amp-hour, with sub-units milliampere-hour (mAh) and milliampere second (mAs). 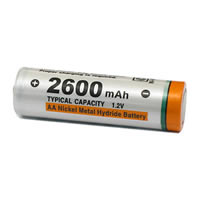 One should note that mAh is not a unit of energy, but is the calculation of the energy that can be delivered by the battery. Once it delivers this amount of energy, it will be considered as discharged. So, if one considers a battery with 2000 mAh rating and a battery with 1000 mAh rating, then the 2000 mAh will deliver twice as much energy than the one with 1000 mAh. The most common types of rechargeble AA batteries have a mAh rating of 1000 mAh, 2000 mAh, and 2400 mAh.

While using rechargeable batteries, on should note that one do not use NiCd battery charger to charge NiMH batteries and vice versa, as different types of batteries are charged in different manners. Always use a NiMH battery charger to charge NiMH batteries. In this manner mAh does not matter, but still each battery will charge at their respective times. For example, a 2000 mAh battery will take longer to charge and a 1000 mAh battery. However, one should try not to pairing batteries that do not have the same mAh capacity, while charging or using, such as a 1000 mAh with a 2000 mAh, as this will result in one battery being spent faster than the other one and might lead to damage.

This will be a great web site, could you be involved in doing an interview regarding just how you developed it? If so e-mail me!