Difference between Nintendo Wii and PS3

Nintendo Wii is a video game console, which was released on November 19, 2006 by Nintendo. It is an incredible compact system. Wii is an advanced built-in gaming system, with external hardware development connections. It’s Nintendo's fifth major home console.

The design and structure of Wii focuses more on the demographic features of the game. It is a stand-alone vertical system and consists of extra hardware features. The whole system needs to be connected externally to a television; hence this feature enables the players to view and play the Wii game on a large screen. To insert a game, there is a large slot on the front of the system surrounded by a glowing blue neon light. The slot can accept the 8 cm discs used by the Nintendo Game Cube and the standard 12 cm discs of Wii games. There is motion sensing Wii Remote Controller associated with the system, which is used handheld by pointing towards the device. It further detects movement in three dimensions and works on motion sensing technology. There is a pre-defined service application in the Wii system, which helps in downloading the latest and updated online games available in the market. These services are called “Virtual Console”, and feature emulated games from the past systems. Nintendo Wii can be connected to Nintendo DS via a wireless connectivity, which enables the players to use the Nintendo DS microphone and touch screen as inputs for Wii games. One more notable feature of the console is WiiConnect24, which enables the system to receive updated notifications over the Internet even in the standby mode. 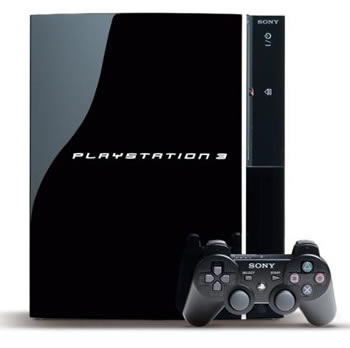 PS3 is an official abbreviation for PlayStation 3. It is a famous home video game console developed and produced by Sony Computer Entertainment. It was released in the international market on November 11, 2006, in Japan. It is a part of the PlayStation series and is a successor of PlayStation 2.

PS3 is the first major home-entertainment computer.  It’s the first console system to use the Blu-ray Disc as a primary storage medium. The PS3 system supports the unified features, such as the online gaming service, the PlayStation Network and the associative connectivity with PlayStation Portable and PlayStation Vita. The system is known to support all kinds of digital entertainment. The system design hardware is based on the latest and updated technology. Its developed accessories include: the wireless Six-axis and Dual Shock 3 controllers, the Logitech Driving Force GT, the Logitech Cordless Precision Controller, the BD Remote, the PlayStation Eye camera, and the Play TV DVB-T tuner/digital video recorder accessory. Its system software can be updated by connecting to the Internet. The system is connected externally to the television and computer. The PlayStation supports the largely developed Graphical User Interface. The system can be connected to the PlayStation Store via the PlayStation connectivity.

Comparison between Nintendo Wii and PS3: