Difference between Noun and Common Noun

Key difference: A noun is a word that is used to name a person, a thing, a place, an occurrence, etc. Common nouns are a type of nouns that we use generally in our speech and text. 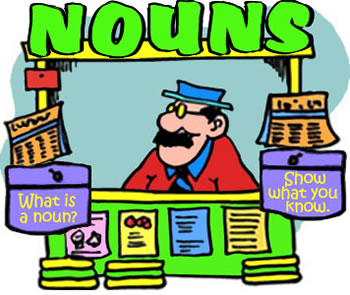 Nouns are an intrinsic element of the English language. In fact, they feature in the obligatory eight parts of speech of the English grammar. Nouns can be understood simply as the names of the people, places, events and objects that we come across in our daily life. Nouns are often found at the beginning of the sentences. Sometimes, they also double up as the subject in a sentence. Apart from verbs, nouns too feature very frequently in the sentences that we construct advertently, or inadvertently. Mainly, nouns are of two types:

Proper Nouns: Proper nouns are a sub-category of nouns. These nouns carry a very important syntax rule with them. The rule states that the first alphabets of these nouns should always be capitalized, irrespective of wherever these words feature in a sentence. The reason for this is that proper nouns stand for the names of specific entities. The names of people, places, cities, persons, historic sites, monuments, etc. fall under this category of nouns.

The game of football has witnessed legends such as Pele and Diego Maradona.

In this sentence, there are many nouns including the ones highlighted. However, nouns like ‘game’ and ‘football’ don’t have their first letters in capital, whereas the words ‘Pele’ and ‘Diego Maradona’ do. This is because terms like ‘game’ and ‘football’ fall in general use and are not distinguished, but the names ‘Pele’ and ‘Diego Maradona’ are specific in nature and belong to these two persons, who are individual entities themselves. Hence, these names are classified as proper nouns.

The other important type of nouns is: 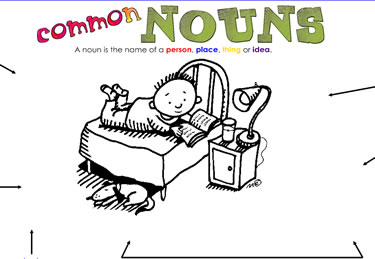 Common Nouns: These nouns, as you may have well learnt by now, are completely in contrast to proper nouns. These words are the names that we use in our speech and text in general. Unlike proper nouns, these nouns don’t carry the rule of capitalizing their first alphabets. However, this rule has to be followed in the event of these words opening a sentence, keeping in mind the basic grammar rules applicable to the language. We use innumerable words of this kind in our daily life.

The game of football has witnessed legends such as Pele and Diego Maradona.

In the sentence above, you would notice that the nouns ‘Pele’ and ‘Diego Maradona’ have their first alphabets in capital, whereas the highlighted nouns ‘game’, ‘football’ and ‘legends’ don’t. This is because ‘Pele’ and ‘Diego Maradona’ are proper nouns which require such capitalization as a syntax rule, but nouns like ‘game’, ‘football’ and ‘legends’ are used generally are very common in public usage, and require no such rule application. Thus they feature as common nouns.

Comparison between Noun and Common Noun: