Difference between Perennial and Non-Perennial Rivers 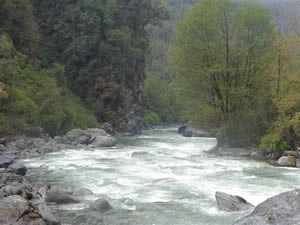 River is a natural stream of water and tends to move in one general direction. It flows towards a sea, lake, etc. Rivers flow from a higher point to a lower point and it also collects water from some other streams many times. The characteristics of rivers are generally dependent on climate.

Perennial rivers are also known as permanent rivers. They flow throughout the year. It is indicated by the river channel which touches water table throughout the year. These rivers work extensively by eroding and deposing sediments in the channel. Groundwater and inflow from groundwater also tends to contribute in a perennial river. These are usually found in regions with humid climate where evaporation rates are much lesser than the rainfall. They may show some seasonal fluctuations in the water level but these fluctuations do not impact the flow much, and the stream flow still remains to be constant. 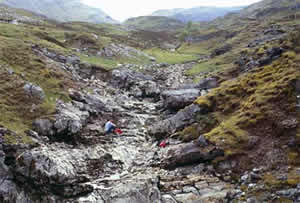 These are usually found in areas with arid climates where evaporation tends to be greater than precipitation. Usually, the stream flow declines on their course and they dry on occasions. At many times they are not able to even reach the sea.

Non-perennial rivers can be further classified into semi-permanent, ephemeral and episodic.

Therefore, perennial rivers are very important as they tend to support the activities dependent on the river throghout the year. They are of great importance to human, plants and animals. They are also used in irrigation and generation of hydroelectricity.

Comparison between Perennial and Non-Perennial Rivers: