Difference between Brunette and Blonde

Key Difference: Brunette is a term that is used to refer to a person that has brown or black hair. The term brunette covers hair colors ranging from light brown to black. Blond, or blonde, is a person that has fair hair a result of low concentrations of brown eumelanin. 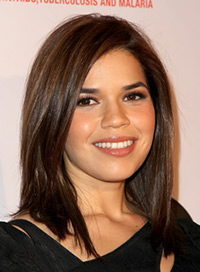 The stereotype of Blondes and Brunettes is visible in our surrounding on a daily basis and is even promoted by the media. According to make statements and jokes, blondes are generally considered to be less smart compared to brunettes and are depicted as being more of an airhead. The brunette vs. blonde debate has been the source of many jokes in today’s society. However, the main difference between blondes and brunette is their hair color, nothing else.

Hair color is the color of a human’s hair. There are various different colors and shades that are seen in human hair, with majority being categorized into blonde, brunette, red hair and white hair. However, each color category has many different shades that make up that particular color. The hair color of a person is determined by pigments that are present in the hair follicle. Hair color is decided by two pigments: eumelanin and pheomelanin. Eumelanin determines the blackness of the hair, while Pheomelanin determines the redness of the hair.

Pheomelanin pigment colors the hair orange and yellow. All humans have some level of pheomelanin in their hair. This pigment is considered to be more chemically stable than black eumelanin, but less chemically stable than brown eumelanin. This results in it breaking down slowly during oxidization. During bleaching, the pheomelanin causes the hair to first acquire an orange tinge, followed by it becoming yellow and then finally white.

The genetics that control the hair gene are not fully established. According to current ongoing research, there are two gene pairs that control the color of the hair. However, the two-gene model is unable to offer an explanation about the various different shades in the four main hair colors, nor can it explain why sometimes hair darkens as a person ages.

Brunette is a term that is used to refer to a person that has brown or black hair. The brown or black is a result of high levels of eumelanin and lower levels of pheomelanin in the person’s hair follicles. The term brunette covers hair colors ranging from light brown to black. According to various studies, the hair strands of a brunette are considered to thicker than those of blonde hair, but not as much as a person with red hair. Black hair is the most common form of hair color, followed by brown hair. The word ‘brunette’ can be literally be translated to “little brown-haired girl” or “young brown-haired woman”. Although, originally the term ‘brunette’ was used for women with brown hair, it has now been expanded to include black haired people. The masculine counter part of ‘brunette’ is considered to be ‘brunet’, but it is no longer in use. 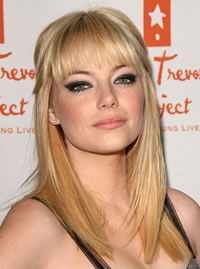 Blond, or blonde, is a person that has fair hair a result of low concentrations of brown eumelanin. Commonly, the blonde has a yellowish color in almost all shades. There have also been some disagreements over the spelling of blond and blonde, with many people wondering what the difference is. The main difference between the two words is masculinity and femininity of the word. The word ‘blond’ is a masculine noun used to refer to a fair haired male, while ‘blonde’ is a feminine noun used to refer to a fair haired female. The word ‘blond’ is derived from Old French ‘blund’, ‘blont’ meaning "a colour midway between golden and light chestnut.”

The constant debate about blond vs. brunette regarding who is smarter, who parties harder, who is more stable in life, who is more attractive, etc. are generalizations made on the basis of specific cases. The hair color of a person in no way should be used to categorize a person or make assumptions about them. The hair color does not determine the attractiveness of a person or their IQ. These statements are just jokes and jests and should be treated as such.