Difference between Man and Monkey

Key Difference: Although, man and monkey share the same ancestry, they are actually very different. Humans have evolved from the ape family, which includes gorilla, chimpanzees and orangutans. However, monkeys belong to a different suborder altogether. 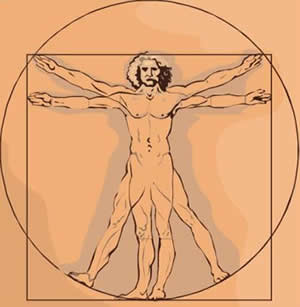 There have been striking resemblances between the humans and the monkeys. The cause for this was unknown until Charles Darwin and his theory of evolution became well know. The theory of evolution claims that all living organisms evolved or grew from a single-cell organism, which means all of the organisms have the same origin. Years of evolution has resulted in the complex creatures that can be seen today. Man and monkeys share such resemblance because they are believed to share the same ancestry.

The easiest classification between the New World monkey and Old World monkey is tails, although scientists claim that it isn’t the most correct way of classification. Monkeys such as gorillas, etc. who don’t have tails are classified as Old World monkeys, while the rest with tails fall under the other category. Old World monkeys have trichromatic color vision like that of humans, while New World monkeys may be trichromatic, dichromatic, or—as in the owl monkeys and greater galagos—monochromatic. Monkeys are most commonly arboreal species, but there are few species, such as baboons, who reside on the ground. Monkeys can come in various sizes and colors. Smallest monkeys can be 117 millimetres (4.6 in) with a 172-millimetre (6.8 in) tail and just over 100 grams (3.5 oz) in weight to almost 1 metre (3.3 ft) long and weighing up to 36 kilograms (79 lb). Colors can range from light brown, dark brown, black and even shades of orange.

Monkeys make up a great part of the human society. Because of the similarity in the genetic make up between monkeys and men, monkeys have been constantly used in various experiments including space voyages, as helping hands for the disabled, for medical purposes and are even popular in certain countries as food. In certain cultures such as Hinduism and Buddhism, monkeys are considered as a deity and are often prayed to.

Man, human or more scientifically known as homo sapiens are the only members of the primate family that are characterized by erect posture and bipedal locomotion; manual dexterity and increased tool use; and a general trend toward larger, more complex brains and societies. Humans have a far more developed brain, which results in humans having far more understanding than other animals. Early hominids, had brains and anatomy that was similar to the apes. If we go into detail the history of human civilization, it would up a more than a hundred pages. There are many studies and papers that are written on the evolution and how it evolved from nomadic circumstances to the human civilization that currently exists. 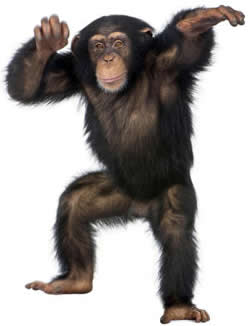 However, in terms of comparison to monkeys we still share many characteristics that are similar. Although, humans became bipedal in order to free up their hands to use tools, researchers saw that monkeys use tools such as sticks in order to find termites and ants in the ground. Both monkeys and humans have similar diets made up of fruits, vegetables and meat. While, monkeys rely more heavily on fruits, vegetables and insects, humans depend more on vegetables, fruits and meat acquired from other animals. Both humans and monkeys are very social creatures and can also easily learn from their surroundings. Studies proved that monkeys could also learn and adapt to behavior changes if it was taught to do so. While, humans settled down, build civilizations and learned to become a more monogamous society, monkeys still practice polygamy.

The major differences between humans and monkeys are the posture and the anatomy. Humans stand erect and on their two feet (which is why they are known as bipedal), while monkeys (who can stand on two feet for a specific time period) prefer to walk on all fours for better support. Monkeys have opposable thumbs on their feet as well as their hands. What makes humans superior to other animals is the ability to grab things and pick them up, an action aided by the opposable thumb that lies to the opposite of the forefinger. Monkeys have them on their feet as well making it easier for them to climb trees and hang upside down if required. Monkeys also have a tail, something that is lacked by humans. Humans have a tail bone, which is located at the end of the spine to give the back a proper support when they sit. However, monkeys have long tails that allow them to hang up side down in trees. In addition to these, humans share many more similarities and differences with the monkeys that are listed below in the table.

Comparison between Man and Monkey: