Key Difference: The Phone Storage usually refers to a section of the internal memory that holds the device’s data and other files that are necessary for the device to run. Internal Storage refers to the segment which holds user files such as photos, music, documents, etc. The SD Card is an external MicroSD card that can be inserted into the phone to extent its memory. Phone Storage, Internal Storage and SD Card are three terms that one often comes across when dealing with storage and memory, especially in a phone. The three are different types of storage types that can often be found in phones and tablets. Yet, somehow it seems that despite of having three different memories, neither is enough and the phone seems to be perpetually low on memory.

The three refer to different types of storages available to the user within the phone. While, it may seem that they are confusing or misleading, it is actually not that confusing at all once the distinction is made.

The device’s hard drive is divided into two segments: the Phone Storage and Internal Storage. The Phone Storage usually refers to a section of the internal memory that holds the device’s data and other files that are necessary for the device to run. These files are often also referred to as system files. Internal Storage, on the other hand, refers to the segment which holds normal files such as photos, music, documents, etc. This is the segment that is available to the user for their use. However, the confusion often arises from the fact that there is no uniformity within the industry. The names actually differ with the company or the developer naming the sections as they see fit. Hence, Phone Storage may often be referred to as Phone Memory, Device Memory, or even as Internal Memory. Similarly, Internal Storage may be referred to as Internal Memory, Device Memory, Device Storage, or as User Memory. An easy way to distinguish which is which is by actually checking the allotted memory size; the smaller of the two segments typically holds the device data and folders, whereas the larger segment is usually for the user’s  use. For example, if the phone has a 16 GB in-built storage, then about 12.8 will typically be for the user, while the other segment of 3.2 GB will have the device files. 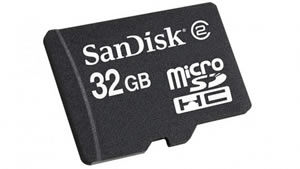 The SD Card is an external MicroSD card that can be inserted into the phone to extent its memory. This card is removable, and can be swapped out for other cards, hence not limiting you to a specific amount of storage. The SD Cards are available in various storage sizes, including 2 GB, 4 GB, 6 GB, 8 GB, 16 GB, 32 GB, 64 GB, and 128 GB. They are available in larger sizes as well but most phones do not support those big sizes.

In some device, it is possible to make a partition within the internal storage and format it to read as an SD Card. Hence, in some devices, the SD Card may in fact refer to Internal Storage, or at least a segment or it.