Difference between Pulsar 150 and CBZ Xtreme

Key Difference: Pulsar 150 is a model of motorcycle by the company named as Bajaj Auto. CBZ Xtreme is a 150 cc motorcycle from the company named as Hero Honda Motors. They both vary in various specifications. Bujaj pulsar is admired for its appearance and excellent power, whereas hero Honda Xtreme can be admired for its new edge technology and features like LED tail lamp, tuff up tubes, etc. 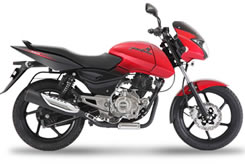 Currently, Pulsar 150 is equipped with the patented technologies like DTS-I and Exhausttec of the company. It is one of the five variants of the Pulsar model. The original Pulsar had the 150 cc air cooled, single cylinder, petrol and spark ignited four stroke engine. Since then, the model has gone through various upgradations.

CBZ Xtreme is a 150 cc motorcycle launched in India, from the company named as Hero Honda Motors. It is a successor of Hero Honda CBZ. This

bike was introduced in the year 2008. It is equipped with an air cooled, 4 stroke engine cylinder OHC. CBZ is special as it was the first 150 cc motorcycle. CBZ Xtreme was launched in the fall of 2007.

This bike was less similar to the earlier bikes. In 2008, it underwent several changes. Hero Honda added various graph features and also colored the rear shockers. It also provided the option to have a red colored alloy wheel.

Some of the differences between the two are listed below:-

pulsar isbest of all