Difference between Puma and Jaguar

Key Difference: Puma and Jaguar are totally different in appearance and features. One can easily recognize the big cats. Puma sizes vary according to their habitat, and are mainly found near the mountain areas. Jaguars are larger and stockier, and are mainly found in the Western hemisphere. 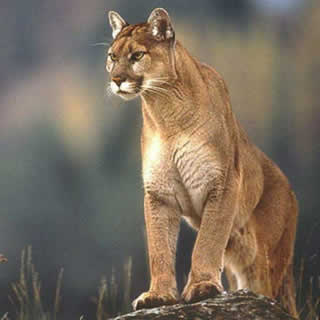 Pumas belong to the Puma concolor species and genus. Puma is also known as a cougar or a mountain lion. They are huge wild cats, and run at great speeds. They are usually tan colored, and are 9ft tall. They are mainly seen in places such as the west coast of Canada, in the western half of the United States, including Alaska and Florida, and most of Central and South America. The puma is a nocturnal hunter and hunts a large variety of prey, from deer and moose, to cattle, horses and even rodents. Pumas are the largest of all the small cats, and have a recognizable facial characteristic of a black ring reaching from the corners of the mouth and around the nose.

Jaguars are big felines that belong to the Panthera genus and Panthera onca speices. They are the third-largest felines, after tigers and lions and the only Panthera species that is found in the Americas. They can be found in the southern United States, Mexico and across much of the Central and South America. Jaguar is the third largest cat from all the “big cats”. 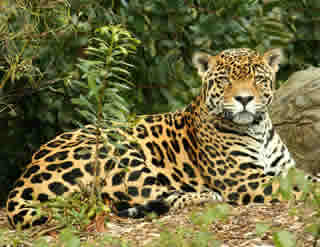 Jaguars are solitary animals and live and hunt alone, except during mating season. They resemble leopards, but are larger and have a somewhat shorter tail. Jaguars are seen in many places ranging from Southern Mexico to Argentina. Jaguars are outstanding swimmers and climbers. They hunt individually, often springing from trees upon tapirs, capybaras, and peccaries. They either crush or suffocate their prey or bite straight through their skulls. They also feed on fish and rabbits; some jaguars kill domestic cattle for food. About 3 and half months after mating, the female gives birth to two to four kittens.

Comparison between Puma and Jaguar: