Difference between Rebirth and Reincarnation

Key Difference: Rebirth and reincarnation, both refer to the process of being born again after death. Rebirth is associated with the doctrine of Buddhism where it denies the notion of any soul. Rebirth is referred to as the repeated occurrence of the process of existence. On the other hand, reincarnation is associated with the doctrine of Hinduism, where it is defined by the nature of the soul, which is permanent and is supposed to reborn by just taking a new body. 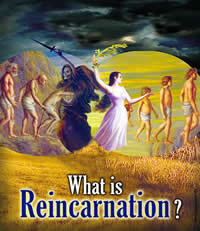 Generally, rebirth and reincarnation tend to be similar processes i.e., processes of being born again. This Life after death topic has been an interesting topic for many to understand. However, people have different opinions on life after death and most of them are driven by religious traditions. Rebirth and reincarnation terms are connected to these two types of different beliefs. See the difference: Soul and Spirit.

Reincarnation is a belief that the soul of a person survives even after death. Thus, the soul takes a new body in the next birth. It is just the migration of the soul from one body to another. The concept has been defined in detail in Hinduism, where a person is considered to be composed of two principles – one is the atma or soul which is eternal, and second is the body, which is materialistic and of temporal nature. After death, body perishes but the soul exists and just gets transferred to another body. 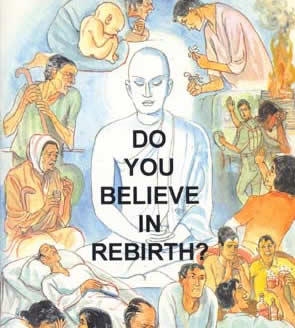 On the other hand, rebirth is mostly connected with the principles of Buddhism based on the doctrine of redirection. Buddhism opposes the notion of the existence of an eternal soul. According to Buddhism, a person is made of mind (nama) and matter (rupa). Rupa or matter is the manifestation of four forces namely – earth, water, fire, and air.

It considers the mind to be the most important ingredient of a being. When a person dies and reborn again, then it is neither absolutely the same nor entirely another. It is defined as a continuity of a particle life flux only. It reflects just a causal connection between the previous life and next life. Also see Mysticism Vs. Reality

Therefore, both these words provide totally different outlook towards life after death.

Comparison between Rebirth and Reincarnation: