Difference between Recliner and Rocker Recliner 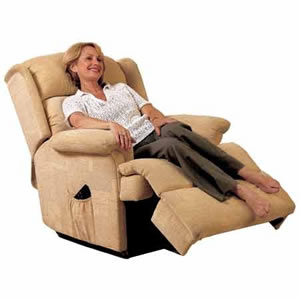 A recliner is a type of chair that as its name suggests reclines. Specifically it is a type of armchair in which the back of the chair leans back and a panel pops out for a foot rest. This allows a person to ‘recline’ in the chair, which is physically a much more pleasant and comfortable position than sitting.

A recliner is also known as a reclining chair, lounger and an armchair. It can be reclined by either pushing a button or a pulling on a lever, or it can be reclined shifting one’s weight to slide the chair into position. The recliners that resembled the modern recliners were first introduced in the 1920s by two American cousins. However, its predecessors have been in existence since around 1850.

The recliner is very popular as it allows lumbar support and allows one to rest in a position that is almost as comfortable as lying down, and for some even more. There are many different types of recliners available in the market. These include one that have an adjustable headrest, lumbar support and an adjustable foot rest. However, instead of a foot rest, a recliner may feature a footstool instead, which may be adjustable with the weight and angle of the user's legs. A recliner may also have additional features such as heat, massage and vibration. Some recliners may be wheelchair accessible. 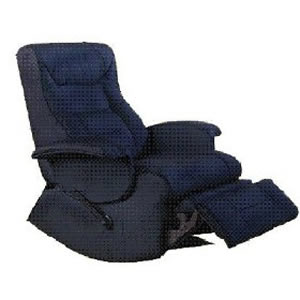 A rocker recliner that rocks is a favorite of many people, especially people suffering from insomnia and for nursing mothers; as the rocking motion tends to put both adults and babies to sleep. Many people actually prefer to take their naps in the rocker recliner rather than in their bed.

Comparison between Recliner and Rocker Recliner: