Difference between Regular and Irregular Verbs

In grammar, verbs play an extremely important role in forming a sentence. It is the verbs that provide an action and meaning to the given sentence. Verbs are further classified as regular and irregular according to their tense and usage. Thus, it is important to know the difference between the two classified verbs. 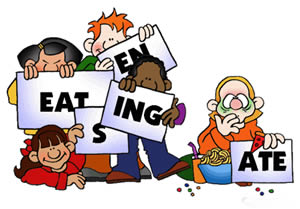 These regular and irregular verbs, based on their tenses, are further classified as simple, past, present, past prefect and present prefect tenses. The difference between the two types of verbs is based on the suffix used in the different tenses, wherein the regular verbs always end their past perfect tenses in ‘-ed’, and the irregular verbs end in many different ways or remain the same in their particle (past perfect) endings.

With hundreds and hundreds of regular verbs in the English language, any verb changing its past tense or past participle form by simply adding ‘-d’ or ‘-ed’ to it, is said to be a regular verb. Here, the verbs are changed to past tense by replacing the last vowel (a, e, i, o, u) with ‘-d’, and if the verb ends with a consonant, the verb is suffixed with ‘-ed’. Also, a supporting verb such as have, had or has can be added to the verb.

Regualr verbs do not undergo any major change as they change forms whether it is singular to plural or change their tenses from present to past or vice versa. The verbs can be explained with a few examples below:

On the other hand, the verbs that undergo a substantial change in their different tenses are classified as irregular verbs. Here, the verbs are changed or can end in a variety of different ways, and they do not follow a specific pattern. Though, these changed verbs at times are completely different from their original verbs. Also, if required, a supporting verb such as have, has or had can be added to the irregualr verbs. This can be understood from the table below:

Thus, from the above tables, the difference between regular and irregular verbs can be clearly understood. Though, there are some verbs, which act as both irregular and irregular, and in such cases, the only way to identify and change the verb is through practice and good memory.