Difference between Resolution and DPI

Key Difference: Resolution is the term that is used to describe the crispness and detail of an image. DPI is a unit of measurement, which determines how many individual dots can fit into a 1x1 inch square.

Resolution and Dots Per Inch (DPI) are terms that are usually used when printing photos or referring to camera and printer settings. These two terms though used in similar contexts, differ from each other greatly. However, DPI does affect the resolution of an image. The higher the DPI and the resolution the better the image, but it will also be bulky and take up more space on the computer. Let’s differentiate both the terms. 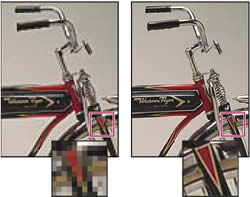 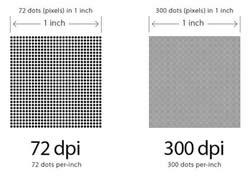 DPI or Dots per Inch is a unit of measurement, which determines how many individual dots can fit into a 1x1 inch square. These are used to measure the resolution of monitors, TV, when printing images using a printer. When describing the resolution of monitors and TVs, it is usually confused with pixels per inch (PPI), which is how many pixels can be fitted into an inch. Video displays are rated in a dot pitch, which refers to the space between sub-pixel red, green and blue dots of a pixel.

In terms of printing DPI is used to describe the resolution of dots per inch in a digital print or photo. This is most commonly related to the type of printer a person has. Depending on the printer, it can print images with different resolutions. For example, a dot matrix printer can print in the range of 60 to 90 DPI, while an inkjet printer is capable of printing 300-600 DPI and a laser printer can print 600-1,800 DPI.  Higher DPI of images results in a high resolution of the image, which produces a crisp and clean picture. In printing, DPI (dots per inch) refers to the output resolution of a printer, while PPI (pixels per inch) refers to the input resolution of a photograph or image. When printing an image, a person should ensure that the DPI is equal or higher than the PPI, in order to produce a sharp and clear image. Many printers also come with built-in default DPI settings in order to produce proper and clear images in every print.