Difference between Rigorous and Vigorous

Key Difference: Rigorous is defined as adhering to a way of doing something in a strict or inflexible manner. Rigorous also denotes thorough or accurate way, whereas vigorous defines the energetic attribute, it means lively and strength of body or mind.

Rigorous and vigorous both are used to define the attitude, a way or an approach with some specific characteristics. The apparent difference between them is the letter R of rigorous gets replaced by letter V in Vigorous. However, the meaning of both of them are quiet different from each other. 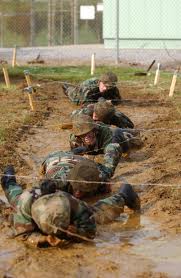 According to merriam-webster.com the word rigorous is defined as “manifesting, exercising, or favoring rigor: very strict” or “marked by extremes of temperature or climate” or “harsh, severe” or “scrupulously accurate”. Thus, rigorous can be defined as adhering to a way of doing something strictly or inflexibly. This is generally associated with the harsh or severe characteristics.

For example, if the weather conditions are harsh, then it can be known as a rigorous weather condition and this kind of condition denotes a difficult condition for the people, who are under the influence of such kind of weather. In simple words, the meaning of rigorous is to act with rigor. Mainly, it can be used with two perspectives. If it is defined as strict and harsh, then it may be seen as a negative thing but, when it is defined in terms of extremely thorough or accurate, it is used in a good context. For example, in the sentence ‘the rigorous software testing will ensure that the software is free from any kind of defects’, the word rigorous is leaving a positive impact.

According to merriam-webster.com, the word vigorous is defined as “possessing vigor: 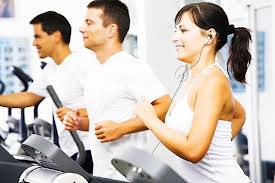 full of physical or mental strength or active force” or “done with vigor”. Vigorous is used to describe the attributes of strong, healthy and full of energy. It is characterized by activeness and sometimes refers to physical strength.

A vigorous person is regarded to be strong and active. It can be defined by forceful and energetic action or activity. In simple words, we can say that vigorous means to possess vigor. ‘Strength’ is the key word to describe vigorous, the strength can be physical or mental. For example, “He is the most vigorous leader among all the leaders”, in this sentence, the person is regarded as a strong and energetic person.

The word rigorous is used in context to describe the characteristic of extremely thorough, accurate, harsh or strictly applied ways, whereas vigorous is associated with the word ‘energetic’. Both are used according to the suitability of the word in the sentence, as both describe different attributes.

I am sure it is just a typo, but you accidently used "vigorous" in your example sentence for rigorous. "For example, if the weather conditions are harsh, then it can be known as a vigorous weather condition and this kind of condition denotes a difficult condition for the people, who are under the influence of such kind of weather."

quiet different from each other eh? LMAO