Difference between Rishi and Muni

Key Difference: A muni is a person who does introspection or who is thoughtful. Basically, a muni is somewhat like a philosopher who thinks about how and why things are the way they are. A rishi is someone who is generally considered to be on a higher plane of learning and understanding due to their hundreds of years of tapas or meditation. 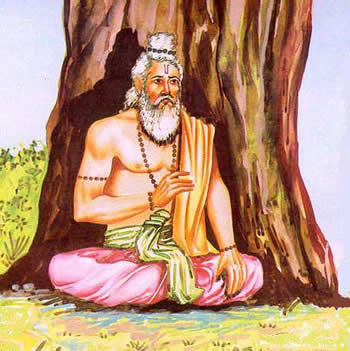 The Vedas are reputed to sources of great knowledge. In fact, the word ‘veda’ actually means "knowledge, wisdom" in Sanskrit, and is derived from the root vid-, which translates as "to know".

The Vedas are a great collection, and as with any collection, it makes references many great men, including various rishis and munis. However, people who are not intimately familiar with the texts may have a hard time differentiating between these two groups of people. Who are the rishi and muni? What is the difference between the two titles?

The fact is that the two groups of people are quite similar. In fact, they are interrelated. A person must first become a muni, on their journey towards becoming a rishi. In this regard, it can be said that a muni is a type of rishi. A muni is a person who does introspection or who is thoughtful. Basically, a muni is somewhat like a philosopher who thinks about how and why things are the way they are. A muni traditionally must have a non-traditional way of thinking and looking at things.

A rishi, on the other hand, is somewhat similar to a monk or a saint. A rishi is someone who is generally considered to be on a higher plane of learning and understanding due to their hundreds of years of tapas or meditation. Through the tapas, rishis aim for enlightenment. In the stories, they are also often granted boons by the gods who are impressed with their dedication and focus or in whose name they are doing tapas.

Originally, the term rishi referred to poets, over time this definition morphed to mean sages. According to the story, as the rishis meditated, they gained more and more knowledge. This is the knowledge that they organized and shared with the world through poems. All of these poems were then combined together to form the Vedas.

As described in the Vedas, there are four different levels of rishis:

The Rajarishi are rishis that were once kings who ruled for 1000's of years, but then renounced their fame and wealth to turn to a mentally detached spiritual life.

The Devrishi are celestial saints like Narada who have the ability to see the future and to travel around different lokas or worlds. It is their task and duty to share their wisdom and help others. 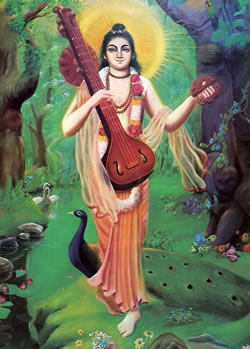 The Maharishi is an advanced Gyaani (person of knowledge), who is short of reaching Brahmarishi status. This is an extremely difficult status to achieve, as one needs thousands of years of tapas, and it can all easily by undone by a simple act of adharma like a split second of anger or lack of control on passions and emotions. An example of this would be the great sage Vishvamitra, who rose from the level of king to Maharishi after observing 3000 years of penance.

The Brahmarishi is the highest level one can reach as a rishi, and this is the status that each of the rishis aim for. A Brahmarishi is a saint who had reached the highest state of spirituality that a person can achieve. This is somewhat similar to the concept of enlightenment. Examples of Brahmarishi include Vashista and Vishwamitra.

Comparison between Rishi and Muni: