Difference between Risk and Issue 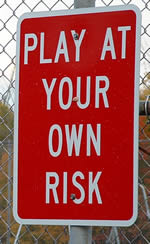 Risk is essentially the level of possibility that an action or activity will lead to lead to a loss or to an undesired outcome. The risk may even pay off and not lead to a loss, it may lead to a gain.

There are many difference kinds of risk. Wikipedia lists six different ways that risk can be defined:

The main difference between a risk and an issue is that a risk is something that may lead to a negative outcome. Whereas, an issue is something that has already happened that must be addressed or corrected. Risk is a future event that may or may not have an undesired outcome, and may or may not lead to a delay of a project. However, an issue is a situation that had already had an impact, most commonly negative, and has likely delayed the project.

One can plan for the probability of risk and design scenarios to reduce the possibility of risk, so that the risk may not hamper the project. However, an issue is something that has already impacted the project and all one can do is deal with the consequences and try to limit the damage.