Difference between Salsa and Jazz

Key Difference: Salsa is a category of a stylized Cuban rhythmic dance with the elements of rock and soul music. Jazz is originated from African American vernacular dance. Jazz dancing is a form of dance that showcases a dancer's individual style and originality.

Salsa is a dance form which origins from the Cuban Son and Afro-Cuban dance, generally associated with the salsa music style. It is usually a partner dance. 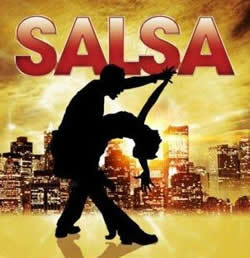 According to testimonials from musicologists and historians of music, the name salsa was gradually accepted among dancers throughout various decades. It was first heard on the radio and was the composition by Ignacio Pineiro. A song wherein the major refrain and chorus goes “Salsaaaaa! échale salsita, échale salsita”. Then during 1950, the DJ announced on the radio about the danceable with the tile: “the following rhythm contains Salsa”

Salsa has a pattern of six steps danced over eight counts of music. The dance has many moves and one should have a correct posture and flexibility for it. An arms play the most vital role in Salsa; as it allows or gives signal to the follower to either move in an "open" or "closed" position.

Jazz is also used a slang like insincere, exaggerated, or pretentious talk. Example: don’t give me any of that jazz about your job! 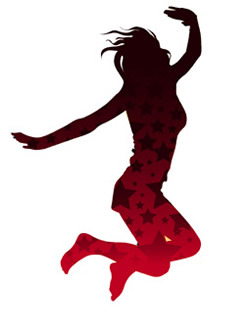 In any dance form, ‘beat’ is the most important factor. But in salsa, it is the basic movement through which the dancer can strive from one movement to another. If there’ll be any miss in one beat, it will look very awkward, in fact the non-dancer will come to know about the mistake. In a salsa, the posture should be very flexible, that if a guy is going to pick her partner, there should be a correct gesture that he should not feel uncomfortable or improper.

On the other hand, Jazz postures should be correct and its back bone should be straight. As the jazz dance songs are very quick so the partner should know that which move is he going to take after the particular beat. The mind should be alert and active. There should be a liveliness and excitement when one is going to perform Jazz. While practicing all these forms of dances, one need a very clear state of mind that without his/her partner one cannot perform well; instead if he tries to put lot of efforts in it.

The constant smile is required while performing Salsa and Jazz. The way performers perform, with an ease and with a constant smile on a face, it looks as if there is no difficulty in performing these forms of dance. But when someone actually tries it once, they come to know what all effort, practice and techniques it need.