Difference between Sculpture and Architecture

Key Difference:  Sculpture can be defined as a three dimensional art that is created by shaping figures or designs in a hard material. Architecture is defined as the art and science of designing and building structures that can be used for the purpose of inhabitation.

Oxford Dictionary defines sculpture as ‘the art of making two- or three-dimensional representative or abstract forms, especially by carving stone or wood or by casting metal or plaster’. The word has been derived from Latin word culpere meaning ‘carve’. It is described as the art or practice of creating three-dimensional forms or figures. The sculptures have been present since prehistoric times. At that time also, they were used as a medium of expression. Some of the masterworks were produced in the ancient Egypt and Mesopotamia. Ancient Americans are also known for their sophisticated techniques that they employed in sculpture making. ‘Venus of Willendorf’ is one of the famous early sculptures that was found in Willendorf of Austria. It has been carved from a type of oolithic limestone and is regarded as an icon of prehistoric art. 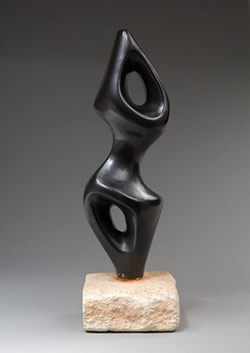 Sculpture is a three dimensional art and thus requires fine detailing in the carving process. The three dimensional refers to the length, breadth and height factors. Traditionally, wood and stone were primarily used for carving. Clay has also been a popular material that is used for the sculptures. However, the modern artists have explored a variety of new materials as well as techniques required for the sculptures.

The stone or wood sculptures are carved using a hammer and chisel. On the other hand, in the formation of clay sculpture, the artist may use only hands. However, the clay models can also be casted in metals like bronze. This casting helps in making the sculpture stronger than before. Volume, surface, texture, colour and light are few elements of sculpture. Some sculptures enable to be viewed from all sides and some are carved with a flat background plane. A sculpture can be made from wood, papier-mâché, wax, plaster, soap, clay, etc.

1. The art or practice of designing and constructing buildings

2. The complex or carefully designed structure of something

It has been derived from Greek word arkhitektōn, from arkhi- 'chief' + tektōn 'builder'. Wikipedia defines it with its related meanings like:-

3. A general term to describe buildings and other physical structures.

4. The art and science of designing and erecting buildings and other physical structures.

5.The style and method of design and construction of buildings and other physical structures.

6. The practice of the architect, where architecture means the offering or rendering of professional services in connection with the design and construction of buildings, or built environments.

7. The design activity of the architect, from the macro-level (urban design, landscape architecture) to the micro-level (construction details and furniture).

8. The term "architecture" has been adopted to describe the activity of designing any kind of system, and is commonly used in describing information technology.

Therefore, it can mean a lot of things. But the common usage of the word is associated 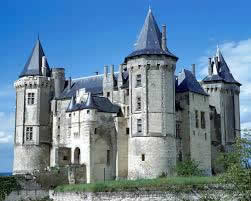