Difference between Borderline and Sociopath

Key Difference: Borderline Personality Disorder is a mental condition in which people experience reckless and impulsive behavior, unstable moods and relationships. Sociopath is a medical condition that results in a person’s way of thinking, relating, dealing with situations and perceiving situations to become destructive. People suffering from this order have a difficulty in distinguishing between right and wrong.

Borderline and sociopath are two different kind of mental conditions that people can suffer from. Sociopath is actually a very common mental disorder and according to statistic a person may encounter at least one sociopath during their lifetime. Sociopath is actually an informal name for Antisocial Personality Disorder. These two could also coexist in a person, making treatment very difficult. These are two different disorders and should not be mistaken as the other. 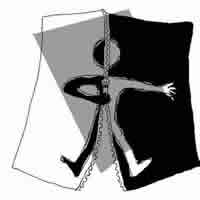 Psychotherapy has been a proven to help treat patients with BPD. It has shown to help relieve some symptoms. Different types of therapy that are used include cognitive behavioral therapy, dialectical behavior therapy, and schema-focused therapy. Cognitive behavioral therapy (CBT) helps people identify and change core beliefs and behaviors that the patient may have about themselves along with addressing mood, anxiety problems and suicidal behaviors. Dialectical behavior therapy (DBT) focuses on helping the patient being aware and attentive to the present situation and allowing them to control and take charge of their emotions. Schema-focused therapy combines CBT with other forms of therapy and focuses on altering the way the patient views themselves. Medications are also used along with psychotherapy to relieve certain symptoms. Other treatments that have shown positive effect include an omega-3 healthy diet for women.

The Diagnostic and Statistical Manual of Mental Disorders, fourth edition (DSM IV-TR) states the symptoms of the disorder as:

According to the manual the person must be at least 18 in order to be diagnosed properly, though their symptoms could manifest before that. The ASPD is also known to common coexist with other types of personality disorders as well as substance abuse. Theodore Milton classifies the ASPD disorder into five subtypes:

A number of different causes have been linked to causing the disorder including hormones and neurotransmitters such as serotonin. External triggers such as family relations, traumatic experiences, etc. can disrupt the standard development of the central nervous system resulting in the brain releasing hormones that can change the normal pattern of development. Certain studies have also found a connection between limbic neural maldevelopment and ASPD. Cultural influences and the environment that the person grew up in can also trigger the ASPD or help control the disorder. Therapy has been a proven treatment of ASPD as well as medications for certain symptoms, disorders or substance abuse.