Difference between Sheriff and Bailiff

Key Difference: A sheriff is a government official, who maintains law and order in his county. He is elected by the citizens. A bailiff is a legal officer, who is responsible for the law and order in a courtroom. He is appointed by a sheriff. 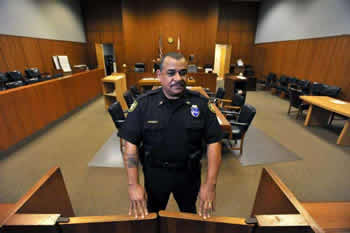 According to Wikipedia, a bailiff is a legal officer who has some degree of authority, care or jurisdiction given to him. He is a trained law enforcement officer, who also provides a range of services like process service, security for prisoner transport, courtroom security, debt collection, and other services, depending on where they are employed. He is required to keep order in a court room. He is known as the protector of the court room.

Depending on the nation in which he or she works, the job description of a bailiff varies. Bailiffs are law enforcement officers who are responsible for maintaining order in the courtrooms. The bailiff secures the court, makes sure that everyone in court complies with the rules of the court, and protects the judge and jury. They can be found at the entrance of the court, confirming that everyone is authorized to enter and checking for weapons. They may also be stationed near the accused, near the entrances and exits to the courtroom.

Bailiffs are responsible for announcing and enforcing court policies. They announce the judge. If the judge issues an order to remove someone from the court, the bailiff will enforce this order. Bailiffs can also issue warnings to people who are not complying with the rules of the court. These law enforcement officers continuously monitor trial proceedings for any signs of illegal activities or disregard of the rules of the court.

The bailiffs have a few special responsibilities in matters regarding the jury. In court, the bailiff prevents contact between jurors and members of the public to limit the possibility of interference with the jury. They escort the jury in and out of the courtroom. If any one juror calls for the need to be isolated from the case, bailiffs are required to provide security in the hotels where the jurors are staying and the restaurants where they eat. They are also required to look out for any security threats which may involve the jury, especially in trials where juror intimidation is a concern.

To become a bailiff, a degree in criminal justice and graduation from a law enforcement academy is required. Bailiffs are provided by the recommendation from the sheriff's office. In this case, the bailiffs may rotate between court and other duties related to their jobs. This type of job requires knowledge of courtroom procedure and rules. They also require skills learnt from law enforcement program, such as keen observation skills, physical ability, and the ability to work with the often diverse members of the public. 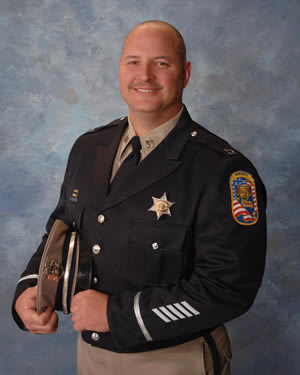 A sheriff is a government official, who is responsible for maintaining law and order in a county. He is generally considered to be the highest law enforcement officer of a county. His office is called as ‘marshal’.

The word ‘sheriff’ is derived from the term "shire reeve" and his office is known as ‘Shrievalty’. During the Medieval times, an officer from the royal army of the king was asked to take rounds around the city under the name of the king. This let to the concept of ‘sheriffs’. Many countries in England had sheriffs, who were responsible for keeping peace throughout the county. Later, this concept was adopted by the United States, which became a part of their law enforcement program.

The sheriff is most often considered as a county official, who serves as the arm of the county court. In practice, the specific combination of legal, political and ceremonial duties of a sheriff vary greatly from country to country. In countries like Ireland, Australia, and Canada, the sheriffs are considered as legal administrative officers, who are considered similar to bailiffs; their duties are expanded or reduced regarding certain provinces in a country. There are ceremonial positions for sheriffs in countries like England, Wales and India. In Scotland, sheriffs act as court judges. They conduct sessions in court regarding trails, bails, etc. and place judgment on the cases. The sheriffs have different responsibilities in different countries, which are required according to the given law program of a country.

Sheriffs are considered peace officers who may risk their lives for the safety and security of their communities. They promote safety of the public and the welfare of the state, through education, regular patrols, and crime investigation. The sheriff's authority is more recognized, as the people of the county elect the sheriff. In the United States, the scope of a sheriff varies with the states and counties. In many counties, the sheriff's office is used as the city court and jail for people. The sheriffs perform court duties, which may include functions such as the management of the county or city jail, providing courtroom security and prisoner transportation, serving warrants and serving process. In urban cities, a sheriff may be restricted to perform such duties. Sheriffs and their deputies are considered as the principal police force.

Comparison between Sheriff and Bailiff: