Difference between Shia and Ismaili

Key Difference: Shia is one of the two major sects of Islam, the other being Sunni. Ismaili is a division within the Shia sect. The division is due to the selection of an Imam. 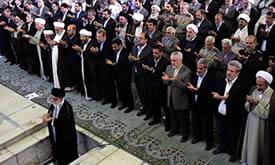 Islam is divided into main sects: the Sunnis and the Shias. The Shias are further divided into smaller sects because of theological and political differences. The Shia faith has been split over the issue of the Imamate. There are three major branches of Shia that is considered to still be prominent today: Twelvers, Zaidi (Fiver) and Ismaili (Sevener).

Before you understand how the Shias’s split into these three branches, it is important to understand how the differences between the Sunni and the Shia were formed. Under Muhammad, all the Muslims were considered as one. Muhammad is considered as the final prophet of God. The differences followed Muhammad’s death. Muhammad died without officially declaring an heir to lead the Muslim community. There were two main contenders: Abu Bakr (Muhammad’s father-in-law) and Ali (Muhammad’s cousin and son-in-law). The Sunni’s picked Abu Bakr, who was a friend and a confidant of Muhammad as a Caliph to lead and advice. However, the Shia’s believed that the Caliphate should remain within the family of Muhammad and hence preferred Ali as the leader. Ali became the fourth caliphate under Sunni rule. In addition to these, there are other small differences as to how they pray and what they believe. Because of these differences between the Shia and Sunni, there has been constant clashing between the two sects of Islam.

Shia also faced some internal disagreements regarding the Imams and who should lead as an Imam. Under Shia Islam, an Imam is considered as a leader who is looked upon for guidance for all facets of life. According to the Shia doctrine, the Imamah is a divine institution which succeeded the institution of Prophethood. They believe that the Imams are selected and picked by divine beings, they have complete knowledge and can rightly interpret the Qu’ran. Now, the difference between the Shia differs because of the selection of Imams. Ismaili is a branch of Shia Islam that is named after Ismail ibn Ja’far, who they believe is the rightfully appointed Imam or spiritual successor. This differs from the Twelvers that believe Mūsà al-Kāżim, younger brother of Ismail, as the true Imam.

Ismailism, at one point was the largest branch of Shisim that was in political power during the tenth and twelfth centuries. Since, Ismalism is a branch and a part of the Shias, they both share many beliefs, including that there is only one true God and that Imams should be the descendants of Muhammad through his daughter, Fatima. Both, Shias and Ismaili believe that the family of Muḥammad (Ahl al-Bayt) as divinely chosen, infallible, and guided by God to lead the Islamic community. 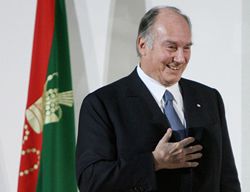 Ismailis believe that each Imam has the Noor or Light of God among him, which is passed down in the line of Muhammad. After Muhammad’s death, Ali was considered to be first Imam and to have the Light of God within him. They state that although the body is human and prone to disintegration, the Light of God is simply passed on and lives forever. Ismailism is further divided into two groups: Nizari Ismaili and Mustali Ismaili.

The Nizari Ismaili is a path (tariqah) of Shia Islam, emphasizing social justice, pluralism, and human reason within the framework of the mystical tradition of Islam. It is considered as the second largest branch of Islam and form the majority of Ismaili. The Mustaali Ismaili is a sect of Ismaili Shia Islam. The main difference between the Nizari Ismaili and Mustaali Ismaili is who should have led as the Imam. The Nizaris accepted Imam Nizar (the first) as the nineteenth Imam, while the Mustaalis consider Nizar’s younger brother Mustali. The Nizari Muslims are currently headed by Aga Khan IV, who is known as Imam Shah Karim.

According to Wikipedia, “The Musta'liyyah are also referred to as the Taiyabi or Ṭayyibī, after the last Imām whom they recognize, Ṭayyib Abī l-Qāṣim. Historically, there was a distinction between the Ṭayyibiyyah and the Ḥāfiziyyah, the latter recognizing the Fatimid rulers of Egypt (between 1130–1169) as legitimate Imāms, and not Ṭayyib Abī l-Qāṣim. The Hafizi view lost all support following the downfall of the Fatimid dynasty: current-day Musta‘liyya are all Ṭayyibiyyah. The largest Mustaali group is the Bohra, and the largest Bohra group is the Dawoodi Bohra, primarily found in India. The name Bohra is a reinterpretation of the Gujarati word vahaurau ("to trade"). The Bohrā people comprise two principal groups: a chiefly merchant class Shīʿī majority, and a Sunnī minority who are mainly peasant farmers.”

The Shia and the Ismaili are quite similar in their beliefs and cultures, as the Ismailis are a part of the Shia sect. All of the sects share the same belief regarding Allah and Muhammad. Allah is believed to the one and true God, with Muhammad being the last prophet of God.