Difference between Suspect and Accused

Key Difference: Suspect is a person who is believed to be the one who committed a crime being investigated. On the other hand, Accused refers to a person who is charged with a crime. 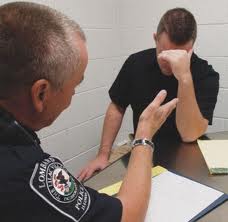 Suspect and accused are two key terms related to a crime investigation, especially during a police investigation. Many times people tend to think that they are quiet the same. However, they both are different from each other.

Suspect refers to the person who is being investigated for a crime. The law enforcement office or prosecution office is suspicious of this person, and therefore interrogates the suspect in an intense manner. It does not means that any criminal case is brought against that particular person.

The suspect is linked with a crime as the investigation authorities possess some strong reasons to consider him as the one who committed a crime or played an important role in the crime. The word itself suggests that the suspect is suspected for committing a crime. It is important to note that the suspect is only believed to be the one who committed the crime. Later, in the investigations and further proceedings he might have no role in the crime. Therefore, it is just a suspicion scenario. 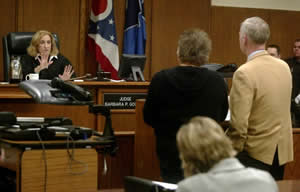 Accused, on the other hand, is a person who is charged of commetting a crime. In other words, a charge has been placed against him. In context to criminal proceedings the word is used as a synonym for a defendant. A person will be tried as an accused only if a case has been openerd against the person.

The main difference between the suspect and the accused is that, unlike a suspect, an indictment is confirmed against an accused. It is important to mention that an accused does not mean convicted person. An accused becomes a convicted person if he is pronounced guilty for committing a crime in a final verdict. A suspect is reffered to as an accused if he is simply brought to trial.

Unlike the detention of a suspect, the detention of the accused generally comes automatically. Accused is often entitled with rights which are not provided to a suspect. It is due to the fact that an accused needs to present a strong defense in court, otherwise he may be found guilty. However, rights of suspected and accused vary between different countries.

Comparison between Suspect and Accused: