Difference between Snoring and Sleep Apnea 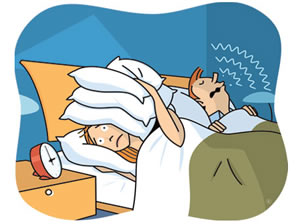 Snoring is the sound one hears when a snorer inhales during sleep. This noise occurs when the soft tissues at the back of the throat, the muscles that line the airway, and the tongue muscles relax al-together, which cause the airway to narrow. As the air passes through this narrow airway, it moves faster and causes the tissues to vibrate against each other to produce a rattling or snoring sound.

Sleep apnea, on the other hand, is characterized by abnormal pauses in breathing or abnormally low breathing during sleep. This disorder can occur due to a lack of respiratory effort or due to a physical blockage to airflow, or a combination of both. Here, during sleep, the soft tissues and muscles in the throat relax and the tongue falls back on the airway tract, causing the air to stop and the breathing. Obstructive Sleep Apnea (OSA) is the most common type of apnea.

Snoring and sleep apnea are inter-related to each other. Snoring is an alarming symptom indicating that a person might be suffering from sleep apnea, but not all snorers suffer from sleep apnea. This is because snoring is caused due to blockage in the air passage due to various reasons such as nasal obstruction due to polyp, septum deviation; weakness in throat muscle, fat deposition around the throat; drinking alcohol; certain drugs such as sedatives that induce sleep; sleeping positions. 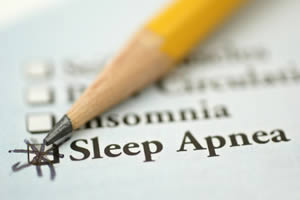 Sleep apnea, on the other hand, is a recurring cycle that appears when a person is asleep. It is a temporary 10 second lasting condition at alerts the person to wake up after the oxygen levels in the brain have depleted considerably. This is a continuous cycle where the person wakes up, breathes normally, cycle reverses and then the person falls asleep. Also, he or she often makes a gasping sound when airway reopens. Most people with sleep apnea snore loudly with periods of silence when airflow is reduced or blocked.

Comparison between Snoring and Sleep Apnea: