Key Difference: Software Engineering is the field of studying, devising and building a practical solution to a problem. The objective of a software engineer is to understand a problem within a computer and create software that eases the problem. Computer Science (CS or CompSci) is a field that deals with the scientific and practical approach to computing and all of its applications. A computer scientist focuses on the theory of computation and its applications. 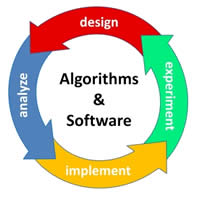 The popularity of computers has resulted in greater interest in computer-based courses. These include dividing the computer into hardware, software, programming and many other fields. These courses divide the many different aspects that make a computer. Software Engineering (SE) and Computer Science (CS) are two different fields that are used in computing. Many people that even perform jobs in SE field often attain CompSci degrees. Because of such instances, many people confuse both the branches. 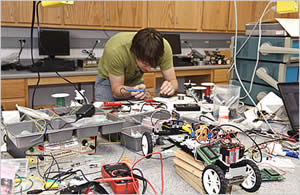 Computer science has more to do with theory of the computer and its computing abilites rather than hands-on applications. Computer science is basically the ability to solve a problem or getting the computer to do something without the help of a human. This field of data is not directly affected by the humans. Computing can also be done by hand and is used by many fields that are not related to primarily developing computers.

Scientists focus on developing algorithms that can create, alter and change the data depending on what they would like. The commands that the computer follows are done by certain algorithm that tells it what to do. Computer science can also be divided into two specializations: theoretical computer science and applied computer sciences.  The theoretical science focuses on the classical theory of computation, along with other more abstract, logical, and mathematical aspects of computing. The applied computer sciences cover topics such as artificial intelligence, computer architecture and engineering, graphic designing, computing science, etc. It deals with mainly applications or additional programs.

The major difference between the two subjects varies depending on the people and who they look at it. While some claim that there is not difference between SE and CS, other claim that the differences are only limited to Software Engineering has a more practical approach, while Computer Science has a more theoretical approach. Computer Science has a lot to do with how the computer functions and which algorithms will provide what result. This basically tells the computer what you want it do with data that is being inputted. Now, software engineering deals mostly with software and how it can be designed to make systems more user friendly or software that would solve problems automatically.