Difference between PHP and MySQL

Key difference: PHP is a server-side scripting language that has its main implementation in web development. However, it can be used as a general-purpose programming language. MySQL, on the other hand, is an open source relational database management system (RDBMS). MySQL is a popular choice of database for use in web applications. 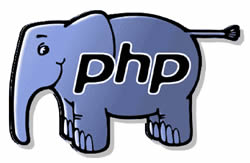 MySQL, on the other hand, is an open source relational database management system (RDBMS). MySQL is officially pronounced as "My S-Q-L", but it is also called "My Sequel". It is named after co-founder Michael Widenius' daughter, My. SQL stands for Structured Query Language. MySQL is the world's most used RDBMS, and runs as a server providing multi-user access to a number of databases. MySQL was owned and sponsored by a single for-profit firm, the Swedish company MySQL AB, which is now owned by Oracle Corporation.

MySQL is a popular choice of database for use in web applications. It is a central component of the widely used ‘LAMP’ open source web application software stack, as well as other AMP stacks. LAMP stands for "Linux, Apache, MySQL, Perl/PHP/Python." MySQL is often used by free-software-open source projects that require a full-featured database management system, such as TYPO3, Joomla, WordPress, phpBB, MyBB, Drupal, etc. MySQL is also used in many high-profile, large-scale World Wide Web products, including Wikipedia, Google, Facebook, Twitter, Flickr, Nokia.com, and YouTube.

The main difference between PHP and MySQL is that PHP is a scripting language, whereas MySQL is a relational database management system. They are two completely different things and hence are used for two different purposes.

MySQL, on other hand, is a RDBMS, which allows the integration of a database either on the web or on a server. It can often be used in collaboration with PHP or other scripting languages such as JavaScript.