Key difference: Xperia J was announced in October 2012 as a cheaper variant of the Xperia T, resulting in the phone sporting a similar design to the T. The Xperia J features a 4-inch scratch-resistant TFT touchscreen that offers a pixel density of 245. The LG Optimus F5 features a 4.3 inch screen and will run on Android v4.1.2 (Jelly Bean). It is built with a Dual-core 1.2 GHz processor, 1GB of RAM and a 5MP camera. 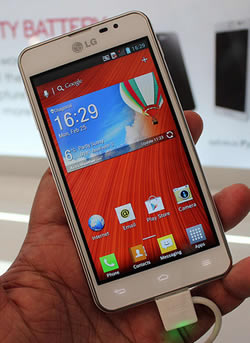 The information for the detailed table about the two phones has been taken from Sony Mobile website, LG website and GSMArena.com