Of all familiar oils, soybean and peanut oils are most preferred and consumed oils. Both oils are locally available, which makes them more useful in the cooking and other fields. Oils are essential components in food and are known for their unique features. Soybean oil is a protein rich oil, which have gave a lot of importance during the last few years, on the contrary peanut oils have been in use from the previous years, and are also in use even today in several parts of the world.

Now the question arises why oils are important in daily life? The answer to the question is, oil being the vital ingredients in food, are solely responsible for their fat and other adverse effects, when taken into consideration in an individual’s diet. Hence, choosing the right and healthy oil in a particular diet format is of utmost importance. Among all such types of oils, soybean and peanut oil have become a topic of comparative discussion, as they both compete in their usages and health effects. 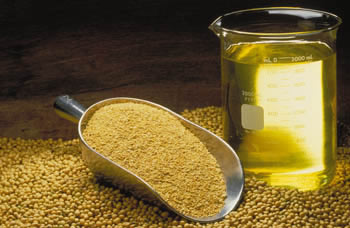 Soybean oil is best known for its shortening usages, in cooking and baking techniques. The oil is extracted from the local soybean seeds, which are produced in almost many parts of the world. Commercially also the oil is in great demand in the world oil marts. The oil is clean and natural in taste; it is high in poly- and monounsaturated fats and low in saturated fats and trans fat-free. Due to these compositions, soybean oil is known for its healthy heart-benefits.

The versatility of the oil is that it has an imperceptible odor support which enhances the natural flavors of prepared foods. Also, the oil has a little flavor which proves to be an advantage; as it does not interfere with the taste of the food. The oil has a wide application in the complementary food items like that of mayonnaise, salad dressings, frozen foods, imitation dairy and meat products and commercially baked goods. Soybean oil is processed to form drying oil, which is further used in the applications of printing inks (soy ink) and oil paints. 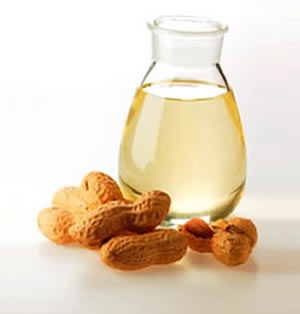 Peanut oil commonly known as groundnut oil or arachis oil is one of the most popular Asian cooking oils, which has a mild taste obtained from the derived peanuts (groundnuts). The oil is commonly used in Chinese, South Asian and Southeast Asian cuisine, both for general cooking, and in the case of roasted oil, for added flavor. In the market peanut oil is available in refined, unrefined, cold pressed, and roasted varieties, the latter with a strong peanut flavor and aroma.

Peanut oil is considered to be one among the healthiest vegetable oils, as it is naturally trans fat-free, cholesterol free, and low in saturated fats. On the other hand the oil is rich in unsaturated fats, especially monounsaturated fat. The oil can be opted in heavy and deep frying cooking techniques, as the fried items pick up a very low quantity of peanut oil, hence makes the oil a best choice in cooking. Along with cooking, the oil is also a source of antioxidant vitamin E and phytosterols, which benefit heart-health.

As of oils, both soybean and peanut oils were considered to be allergic up to some extent to some sensitive and allergic individuals. But after the research and development, today these oils are consumed and used in cooking without any such worries or fear. On the contrary to these issues, soybean and peanut both are considered to be heart healthy oils. Peanut oils have a variety of other uses in day to day life. Another comparative property among these oils are their nature and flavor, i.e. soybean oil is tasteless and have a clear flavor which gets adapted to the respective food item, while peanut oil has its own mild peanut flavor which makes it edible in the food items.