Key difference: The Spice Stellar Pinnacle Pro Mi-535 is a mid-range budget quad-core phone with a speed of 1.2 GHz. It runs Android 4.2 Jelly Bean and is powered by 1 GB of RAM. The phone features an 8 MP camera with auto focus and LED Flash. The phone also features a 5 MP front-facing wide angle secondary camera, also with auto focus. Sony Xperia P features a 4-inch TFT touch screen that allows up to 4-touch capabilities. The screen is scratch resistant and has a shatter proof coating. The touch screen provides approximately 275 ppi pixel density along with WhiteMagic technology, which adds an extra white pixel with the already present red, blue and green. 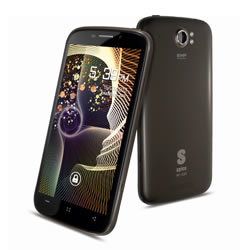 The phone is a little bulky in nature, but it is easy to become accustomed to when holding it for longer periods of time. The phone is also a little heavier compared to similar phones, but again not something that lets the user forget of the other great features of the phone. The phone is encased in a plastic chassis, which is quite smooth to hold but is also prone to many visible scratches and chips. The device has a clear plastic border on the front that also doubles as buttons Home button, back button and Menu button. The power button, the volume rocker and the physical camera button is on the right side of the device, while the left sides hosts a variety of ports including the SIM card slot.

The information for the detailed table about the two phones has been taken from SpiceStellar.com, the Sony Mobile website, expertreviews.co.uk and GSMArena.com.