Difference between Squash and Tennis

Key Difference: Both, Squash and Tennis have developed from a previously famous game called racquets. In squash, the player uses a racquet to hit a hollow rubber ball against a wall. The squash court has four walls. Tennis is usually played against another person. Two players can play against each other in a singles game, or in teams of two called doubles. 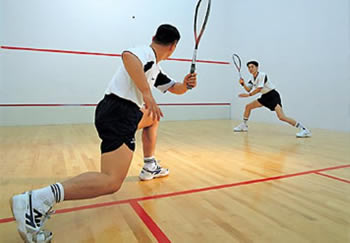 Sports are quite famous and some people are fanatical about them. They have their favorite sport, sport teams, players, even favorite moves or plays. Whereas for others who are less sport fanatical, it is possible that they might not even know the difference between two sports. After all, there are many sports out there that appear to be very similar at first glance. Squash and Tennis are two such sports.

Both, Squash and Tennis have developed from a previously famous game called racquets. Rackets or racquets was an indoor racquet sport that developed in the 18th-century. Believe it or not it was developed as a pastime in debtors’ prisons, where the prisons would play this against the prison walls as a source of entertainment. Racquets itself was developed from the game of fives, which was a form of handball. As the name suggests, the game Racquets added racquets to the game. The primary function of the game was to hit a ball against the wall with the use of a racquet. It was also sometimes played in a corner so that two walls at a right angle were used to bounce the ball.

It can be said that racquets was the direct predecessor of squash. Similar to racquets, squash is also played again a wall. The player uses a racquet to hit a hollow rubber ball against a wall. The squash court has four walls. Squash can be played by two people, called singles or by four players as doubles. The players alternately take turns to hit the ball against the wall. There are lines marked on the court that depict where the ball with be out. 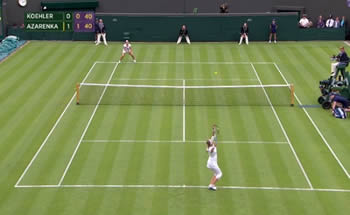 Tennis is similar to squash, as it also developed from racquets. However, it also adds the components from the Basque ball game pelota. Unlike squash, which is played against a wall, tennis is usually played against another person. Two players can play against each other in a singles game, or in teams of two called doubles.

The name squash comes from the fact that the ball used in the sport is squashy and small enough to fit in the palm of the hand; whereas, a tennis ball is as big as the hand and harder. It is also covered in felt. A squash ball also has a higher bounce rate as compared to a tennis ball. A squash racquet is also slightly narrower and lighter than a tennis racquet. Additionally, squash courts are much smaller in size than tennis courts and have walls on all four sides. Furthermore, a squash match usually lasts 1.5 hours, which is shorter than a tennis match, which can last more than 3 hours on many occasions.

Comparison between Squash and Tennis: