Key Difference: Stem Cells are undifferentiated biological cells, which means that they are not specialized in any matter, but have the ability to differentiate into specialized cells, as well as divide and replicate to produce more stem cells. Progenitor cell is in between or in the center of stem cells and fully differentiated cells. 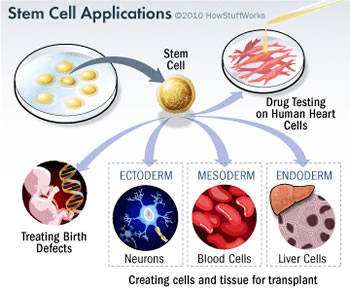 Today, there is a lot of controversy about stem cell research and its implications on nature, life, morality, and religion. Most of this controversy arises due to the fact that most people don’t even know what stem cells are and why they should or shouldn’t be against it.

Many systems in our body have a supply of stem cells that helps it to heal and replace any dead or damage parts. Some of these parts include the skin system, liver system, etc., which is why it is easier for the body to heal these parts, as it can just replace the damaged parts. However, there are other systems in our body, such as the heart, spinal cord, brain and pancreas, which so not have a supply of stem cells. Researchers are currently working to develop stem cells that may help us to heal and/or replace these parts. 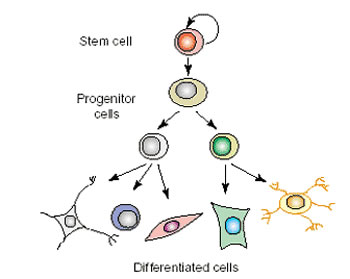 Additionally, progenitor cells can divide only a limited number of times, while stem cells have the ability to replicate indefinitely. The actual definition of progenitor cells is varying as the concept is still new and evolving. However, it can be said that the progenitor cell is in between or in the center of stem cells and fully differentiated cells.

Progenitor cells are found in adult organisms and they act as a repair system for the body. They are used to replenish special cells. They also maintain the blood, skin and intestinal tissues and can also be found in developing embryonic pancreatic tissue. The majority of progenitor cells lie dormant and are can be activated in case of tissue injury and/or damaged or dead cells. They exhibit slow growth and their main role is to replace cells lost by normal attrition.