Difference between Suburbs and Outskirts

Key Difference: The suburbs are the parts of the town that are fall outside of the urban section. The suburbs are commonly used only as residential area, and often host very few businesses, if any at all. The outskirts often denote the area where the town is joining the country. They are often located far away from the city center. 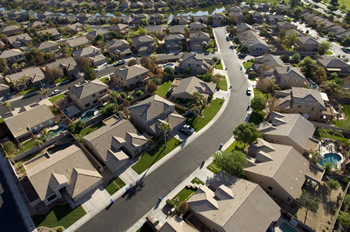 The terms suburbs and outskirts seem to be quite similar, so much so that people might in fact even question what the actual difference between the two is, and if there even exists one. A city is often divided into three figurative segments: the urban, suburbs, and rural.

The urban section of the town is often the center of the town. This is where the rich might live, or where the business center is, or even combination of the two. This is often the most dense part of town, and is usually where all the important things like city council and other administrative buildings and offices are. Hence, most of the infrastructure here tends to be high-rise buildings, including apartment buildings and skyscrapers.

Next comes the suburbs. These are the parts of the town that are fall outside of the urban section. The suburbs are commonly used only as residential area, and often host very few businesses, if any at all. The suburbs are less crowded, especially when compared to the urban part of town. Due to the lack of population density, and increase in available space, suburbs often tend to have single family homes. These homes may be part of a residential complex or planned housing communities, where the houses tend to be similar and follow a structured pattern.

The term suburbs has become quite common and hence may be used synonymously as neighborhoods. In such a context, the term may even be applied to inner city areas that are located a bit further from the city center or the commercial part of town.

The suburbs grew in popularity in the 19th and 20th centuries in response to improved rail and road transport. This allowed people to move further away from city center, where house prices were usually lower and allowed them to get more space for their families, yet being able to commute daily to the city for work.

After the surburbs, come the rural. The rural areas are categorized by large sprawling areas, with houses often located far away from each other. The outskirts often denote the area where the town is joining the country. These need not reference the actual town line as defined by the city regulations, but rather a figurative line where the landscape starts to meld into the country. 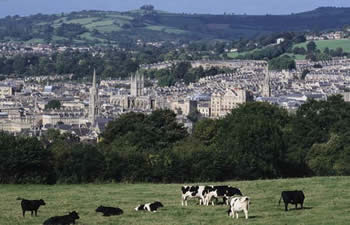 The outskirts can refer to the outskirts of a city, a town or even a village. As long as it is located far away from the center part of the city, town or village, it can be said that the area is located on the outskirts. However, suburbs are often only associated with large cities or towns.

It should be noted that in some contexts of the word, suburbs may refer to a different town altogether, however, one that is located close enough of a city to be able to commute back and forth to the main (i.e. big) city.

Comparison between Suburbs and Outskirts: