Difference between Teaching and Indoctrination

Key Difference: Teaching is all about communication of information, ideas or skills that can be questioned or discussed and the facts that are taught in teaching are supported by evidence, whereas indoctrination is about communication of beliefs that are not supported by any evidence and the receiver is supposed to accept it the way it has been taught without any arguement or questioning.

Teaching is a simple word and we often use it in our every day life but indoctrination seems to be a little difficult word.  It is difficult in the sense that it arises the curiosity but still defining it is little complicated. Teaching is used by many people but the word indoctrination is rarely used, but somehow most of us know that they both refer to something in relation to imparting information/instruction. To clear out the differences between the two we will first study the individual terms and then bring out the differences between the two. 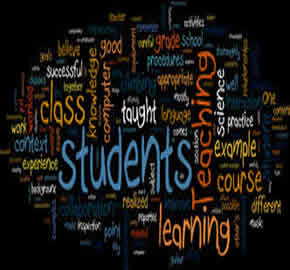 Teaching is the communication of ideas, skills or information from the teacher or source of information to the student or any receiver. The information that is taught can be of any type. For example, a student taking a chemistry class may be taught about chemicals and how they react on combining with each other. This is the information that is taught to the student. The information again that is included in the process of teaching can vary. It can be either all truth or some information can be subjected to falsehood. The students are supposed to critically examine the information and then obtain the knowledge. Therefore teaching is aimed to impart knowledge or skill. Teaching focuses on imparting information so that students learn the proper methodologies and then apply the methodologies to make their own opinions in many things.  Students may also question the information and the teacher in that case needs to satisfy the query by supporting it with proper evidence. In some other cases, the student is free to make his own opinion after taking a lesson. For example, after teaching a moral lesson, a student may be asked: how he will react in a certain situation?  In this case it is the perspective of student that how he has grasped the teachings and then later is capable of making a decision. Now this decision again differs from one student to the other. One can expect numerous answers of the same question from the students of the same class.  This is also not wrong, something that has been taught is examined by students and that later helps them in deciding the answer. However, this liberty is not provided in teaching facts, but these facts are always supported by relevant evidence. Thus, the questions can easily be answered by the teacher.