Difference between Tuxedo, Suit and Blazer

Key difference: The main difference between a tuxedo, suit and a blazer is based on their style, cloth and use in different occasions.

Tuxedo, Suit and Blazer are all formal wears for men. Though, suits and blazers are considered similar, there are differences between the two. This article differentiates between these three different attires. 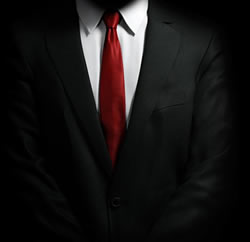 A suit is a set a jacket and trousers, made from the same cloth, which are generally worn on formal occasions. It originated in Britain, and is popularly worn around the world.

Suits are traditionally worn with a collared shirt and a necktie. The different variations in cut, design, and cloth of a suit, determine its social and work aptness. Suits are made in variety of designs such as a two-piece suit with a jacket and trousers; a three piece vest or waistcoat; also some pieces include matching hats. Generally, suits were tailor made according to the client’s measurements, taste, style and choice of cloth. However, since the Industrial Revolution, suits are now mass-produced, and are sold as ready-to-wear garments. Also, these suits sure make men look smart, refined and distinguished. 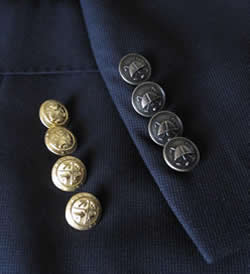 A blazer is a type of jacket, which resembles a suit. It is a casual coat with metal buttons embedded on the sleeves.

A blazer is durable in nature, which makes it a great outdoor and casual jacket. It is sometimes used as a synonym for a sports jacket or a boating jacket, however they can be easily distinguished based on their fabrics and color. It is said to be a suit with metal buttons and patch pockets, and is generally worn with open-necked polo shirts or a shirt and a tie. The double breasted and the classic navy blue jacket with buttons are the most popular types of blazers, and are widely wore by fashion savvy men. It is also used as a uniform in airlines, schools, yachting and rowing clubs. 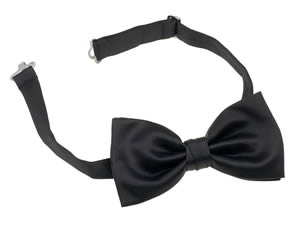 A tuxedo, aka tux, is a dinner suit or a dinner jacket worn by men. It is ideal for semi-formal occasions. This suit is typically black in color, and is commonly worn with formal shirts and shoes. Though, there are other accessories which can be added or used.

Tuxedos have a touch of silk, which makes them more flamboyant. Also, they are easy to distinguish from other suits, by the primary satin facings on the jacket's lapels and the buttons, and the same pattern stripe on the outer-seam of the trousers. The different types of accessories worn are cuff links or studs for the shirts, vests, pocket squares and bow-ties, etc. Cummerbunds or waist coats are also worn with a tuxedo. This attire is completed with shiny leather patent shoes and is wore on occasions such as prom, wedding parties, charity events, award ceremonies, etc.

Comparison between Tuxedo, Suit and Blazer: