Difference between Universe and Solar System 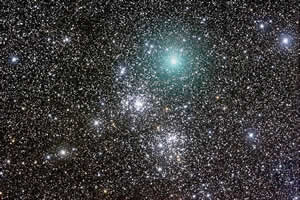 The universe and Solar System are two important terms related to astronomy but it is easy to understand the difference between the universe and solar system. Scientists are researching on many fields related to them. Let us understand the meaning of the Universe and Solar System so that no confusion exists between the two. It is very difficult to explain or define the Universe. It is a vast space, vast than you can hardly imagine. The universe comprises of both matter and energy that exist. It consists of everything observable as well as unobservable that might exist in terms of time, space or energy. Our Earth is also a part of the Universe.

Also see: Difference between a galaxy and solar system

The term ‘Universe’ is derived from the Old Latin word ‘Univorsum’, in which ‘uni’ refers to “one” and ‘Versum’ refers to “something that rolls or rotates.” This Latin term was then adapted in French as ‘Univers’ and later in English was adopted as ‘Universe.” All the planets, galaxies, stars, every minute particle that has its existence constitute the Universe.

Most of the astronomers believe that the entire Universe existed as a single point of infinite density. The Big Bang theory suggests that the Universe came into existence some 13-14 billion years ago with an explosion of energy and light. It is also supposed that at that time the Universe was about a hundred thousand million degrees centigrade hot and thus, it was just filled with light. It then started expanding and is still expanding. However, many other theories about the creation and origin of the Universe are also suggested by many scientists.

Scientists can also tell that an object is approaching towards Earth or moving away, with the help of object’s electromagnetic spectrum. The shift in the spectrum is used to determine the process.

A Solar System can be defined as a system comprising of a star and all the materials that surround the star. The most familiar is the Solar System that is associated with our planet. Our Solar System consists of the Sun as the central star and eight planets that revolve around the Sun.  The Solar System not only comprises of Sun and planets but also some smaller objects such as asteroids, comets, and meteoroids.

Our Sun is around 1,392,000 kilometers. The temperature in the Sun is estimated to be over 15,000,000 degrees Celsius. In the center of the Sun, nuclear fusion takes place; hydrogen atoms generate Helium. The Sun radiates into space. Sun is massive and thus, has a high gravitational pull. Therefore, it is able to exert a very powerful gravitational pull on everything that is present around it like the planets.

Also read: Difference between the galaxy and universe

The planets are further classified into inner and outer planets. Inner plants include Mercury, Venus, Earth, and Mars, whereas outer planets consist of Jupiter, Saturn, Uranus, and Neptune. An asteroid’s belt can be seen between the outer and inner planets. Some planets also have their natural satellites; the moon is a natural satellite of Earth. Our Solar System is located in the galaxy known as Milky Way and it is present at its outward spiral.