Difference between Wikipedia and Encyclopedia

Key difference: Wikipedia is an internet encyclopedia, which contains user uploaded information, while Encyclopedias are general reference detailed books, which are written by experienced knowledgable persons.

Wikipedia was launched on January 15, 2001, by Jimmy Wales and Larry Sanger. The name ‘Wikipedia’ (which is a portmanteau of wiki and encyclopedia) was coined by Sanger. 'Wiki' is a type of collaborative website, the term comes from the Hawaiian language. The word ‘wiki’ means, quick and encyclopedia. Wikipedia's slogan is “The Free Encyclopedia that anyone can edit”.

Wikipedia is a collaboratively edited, multilingual, free Internet encyclopedia supported by the non-profit Wikimedia Foundation. It comprises of almost 30 million articles in 287 languages, including over 4.3 million in the English Wikipedia. These are written collaboratively by the volunteers around the world. It is the largest and most popular general reference work on the internet, ranking sixth globally among all websites on Alexa, and having an estimated 365 million readers worldwide. It began as a complementary project with Nupedia (a free online English-language encyclopedia project).

Wikipedia is a global informative internet site, which provides information on a general basis regarding any subject and/or topic. It is an encyclopedia, which includes the general points and covers the important aspects of any subject. Its articles are often written by experts and reviewed under a formal process. It’s an open site and can be edited by any individual, who has the knowledge regarding the subject. The contents are analyzed, formatted and edited with corrections by the experts. Its information is always updated with the new version.

The word encyclopedia (also spelled as encyclopaedia) comes from the Koine Greek from transliterated 'enkyklios paideia', meaning “general education”. The words, 'enkyklios' means: “circular, recurrent, required regularly and general” and 'paideia' means: “education, rearing of a child”. Afterwards, it was reduced to a single word due to an error by copyists of Latin manuscripts. Together, the phrase literally translates as "complete instruction" or "complete knowledge".

Encyclopedias have existed for around 2,000 years. Naturalis Historia (the oldest still in existence), was written in approximately 77 AD by Pliny the Elder. It is found that, from around 17th century the modern encyclopedias evolved from dictionaries. 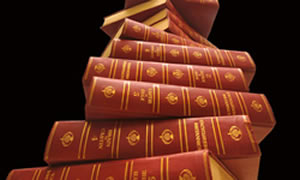 Encyclopedia is “a book or set of books giving information on many subjects or on many aspects of one subject and typically arranged alphabetically”. They are research and registered informative books, which are supposed to be written by well-educated, well-informed and content expert authors, after their appropriate research in the relevant subjects. Its purpose is to gather the information in a collective format. Generally, these are thick and heavy books, which include the research carried out in the relevant field. These are used for reference in the education sectors, in order to make available the correct information regarding the subjects. They can be general, containing articles on topics in every field (a well-known example is the English-language Encyclopedia Britannica). Some systematic methods of organization are essential for making an encyclopedia, which are usable as a work of reference. These works are a collective study and accumulation of the content.

Comparison between Wikipedia and Encyclopedia: