Difference between Windows 7 32-bit and 64-bit 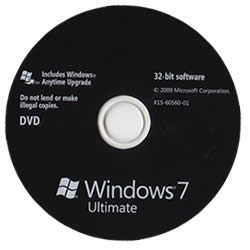 Windows 7 is an operating system that was released by Windows worldwide in October 2009. Windows 7 was the successor of Windows Vista and the predecessor of Windows 8. The company offered many new features with the brand new operating system, including new Taskbar and buttons, kernel improvements, additional features, etc. Similar to Windows Vista, Windows 7 also offered users a choice between the processor size, either 32-bit or 64-bit.

The 32-bit and 64-bit is the addressable space in the system. The higher the number of the processor size, the faster it is able to carry out information and orders. Let’s explain this with an example: Think of the 32 and 64 in terms of tube. The 32-bit tube is smaller and hence is only able to send so much data through the tube, while the 64-bit tube allows more data as the tube size is bigger. This is basically how these processors perform in the computer. The 32-bit system can run only a certain number of programs before it slows down the whole computer, while the number of programs a 64-bit processor can run are higher.