Key Difference: Vista 64-bit is an advanced version of 32-bit. The bits refer to the way a processor handles/sorts through data. A 64-bit processor is more capable of processing large amounts of data, compared to the 32-bit. The 32-bit has a 4GB RAM limitation, while a 64-bit does not. 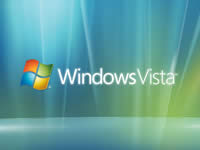 Windows Vista is an operating system that is commercially released by Microsoft in 2007. This operating system introduced an updated graphical user interface, new layout (Aero), a new search function (search and you go), new multimedia tools, new sub-systems and more security features. It is also offered with a choice of processor size, either 32-bit or 64-bit.

The 64-bit systems were originally launched for corporation or enterprise servers, which require capacity to handle greater loads and memory requirements. The different bits refer to the way a computer’s processor handles information. In a 32-bit, the maximum number of logical processor that can exist is 32, while in 64-bit is 64.

The 64-bit has an advantage over the 32-bit, the RAM. A 32-bit processor has a limitation of 4GB RAM, while a 64-bit processor can support anywhere between 1GB and 128GB depending on the version. Upgrading from a 32-bit to a 64-bit or vice versa can cause problems with the system. A 32-bit can be upgraded to a 32-bit, same with 64-bit. Upgrading from a 32-bit to a 64-bit, will require for the hardware to be compatible.

Which processor is better? Well, that depends on the usage. A person who has basic uses and does not require RAM to exceed 3.5GB should opt for a 32-bit, while a person who needs the system to handle greater loads of memory and RAM, should opt for a 64-bit. Further differences between the two systems can be read in the table below: