Key Difference: Windows XP was launched in October 2001 as an upgrade to the Windows 2000 and ME operations systems. Windows 7 and Windows 8 are the two latest operating systems by Microsoft. All of the systems have been upgraded with new features and interface changes to make the systems more interesting and appealing to the users. 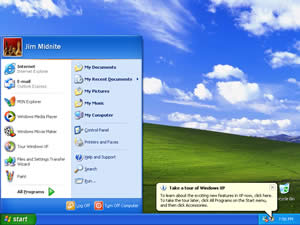 Windows XP operating system was launched by Microsoft for use on personal computers and is the second most popular version of Windows. Windows XP was released in October 2001. The ‘XP’ in the Windows is adapted from eXPerience, indicating enhanced user experience. Windows XP was the successor to Windows ME and Windows 2000 and was the first consumer-oriented system developed by Microsoft on the Windows NT Kernel. Windows XP offered customers a redesigned graphical user interface, which was considered more user-friendly.

The Windows XP offered customers a better Start Menu and task bar and added additional features such as translucent blue selection rectangle, drop shadows for icon labels, task-based side bars in Explorer, ability to lock taskbar, ability to group taskbar buttons together, etc. These added a more appealing look to the plain interface that was available in the older versions. The company offered two major editions of the operating system: Windows XP Home Edition and Windows XP Professional Edition. The Home Edition was for users and was pre-installed in systems, while the professional edition was offered for business users and offered advanced features. The company added a third Windows XP Media Center Edition that allowed users to incorporate new digital media, broadcast television and Media Center Extender capabilities. These were not for commercial sales but were available as OEMs. The system requires 233 MHz clock speed, 64 GB RAM, Super VGA (800 x 600) or higher resolution, 1.5 GB or higher HDD space, CD-ROM drive, keyboard and mouse and sound card, speakers or headphones. 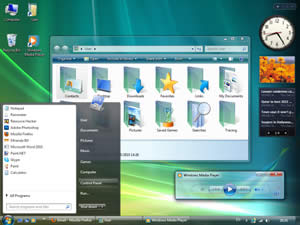 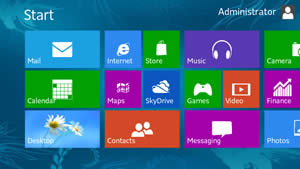 Windows 8 is the latest operating system by Microsoft for its PCs, laptops and tablets. The newest OS hit the markets in October 2012 and had a whole new look. The company has launched the operating system keeping in mind the constant upgrade from keyboard and mouse PCs to touch tablets. Windows 8 was launched with touch compatibility in mind. The system sports a whole new Menu Screen, with a new ‘Live Tile’ format that is found in the Windows phones. These tiles automatically update to show users new e-mails or other information.

Windows 8 is offered in four editions: Windows 8, Windows 8 Pro, Windows 8 Enterprise and Windows RT. Windows 8 comes pre-loaded on the new PCs by the company. Windows 8 Pro is aimed at power users and professionals. Windows 8 Enterprise is aimed at business environments and is available through volume licensing, while Windows RT is the only edition comes preloaded on new ARM-based devices for Windows. In order to run Windows 8, the user must have certain system requirements: 1 GHz clock rate, 1-2 GB RAM (depending on the architecture), DirectX 9 graphics device WDDM 1.0 or higher driver, 1024×768 pixels display, keyboard and mouse and 16-20 GB internal storage space.

Very useful and easy to understand all the content of these differences.

The article below shows correctly, as you mentioned that XP was launched in October 2001, while the mistake was only in the Key Difference, which has now been fixed. Thank you for pointing out the mistake.