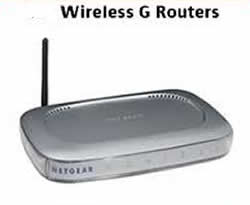 A wireless router connects computer wirelessly to the internet. It may also connect them to the other computers in a network. The use of a wireless router is done for quick and easy access. They can also work as a hub for wired connections. Wireless G and N define two different types of wireless communication standards for the routers. N has followed G. They both differ in speed as well as range.

Basically wireless N refers to 802.11n, whereas wireless G refers to 802.11g wireless networking standards. These standards have been set and incorporated by the Institute of Electrical and Electronic Engineers (IEEE). These types of standards undergo several iterations, which are known as drafts, and then after satisfying all the criteria, they are published for mass usage.

Wireless G supports transfer rates of up to 54 MB. This is an average transfer rate for broadband connections. It operates at the unregulated 2.4 GHz frequency range. Therefore, it also faces the interference problem if the router is placed near cordless phones or the microwaves. Wireless G possesses backward compatibility with Wireless B devices. These types of routers are generally preferred by a set up with a few computers; where internet is used at its basic level. Videos can be streamed at a single device at a time. 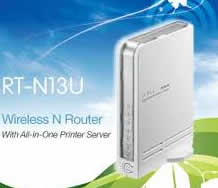 Wireless N puts an upper hand on Wireless G, as theoretically it has the maximum transfer rate of 300mbps with 2 antennas. It is important to mention here that a wireless router’s speed would be dependent on the Internet connection. If the connection allows the router to attain such a high speed rate, then only there will be any use of this high speed. It operates at 2.4 GHZ as well as 5GHz bands. It also outshines Wireless G in terms of signal range or power. These types of routers are preferred by people having a set up consisting of many computers; where the usage of Internet is more than basic. For example- high bandwidth sites are being accessed quiet often.

One of the primary difference between the two types of routers is that Wireless B use 2.4 GHz band, whereas Wireless N is available in dual band mode i.e., 2.4 GHz and 5 GHz.