Key Difference: Cake is a sweet bread type of food which is typically made by ingredients like flour, sugar and eggs. There are numerous ways of classifying cakes – based on their flavor, based on their texture, etc. However, professionals usually use fat content to classify them.

Cakes are usually baked and brought for celebrating occasions like birthday and wedding.  Cakes come in numerous shapes and sizes. People have experimented in various flavors, still some flavors like chocolate, vanilla, strawberry remain to be evergreen flavors of cake. Cakes are generally prepared by combining ingredients like flour, sugar, fat, eggs, water and a leavening agent. The batter is then baked. These cakes are often covered in icing.

Butter (or Oil) Cakes – These cakes are also known as creamed cakes. They contain butter, margarine or vegetable shorting, due to which the cake is quiet tender and moist. The ingredients in this type of cake are usually mixed by using creaming method in which first butter and sugar are beaten together. And then other ingredients are added to this mixture alternatively. The cake produced by this method is known for its lightness. Moist and tender crumb are two characteristics of a properly prepared butter cake. 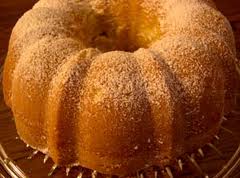 Pound Cakes - Pound cake has an interesting history behind its name. It is considered that its name has been derived from its original recipe where it requires one pound of each of ingredients like flour, eggs, butter and sugar. This makes a cake tender but denser in texture. These cakes are generally served plain with little icing or glaze. There are some other variations to these recipes for making pound cakes. These cakes last long if they are kept wrapped in a layer of plastic wrap and a layer of aluminum of foil. 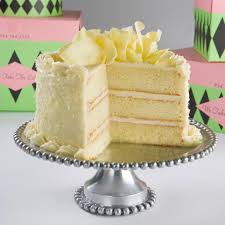 Butter (and Oil) Layer Cakes – These cakes are usually lighter than traditional pound cakes. These cakes are liked by many due to their moist sweet flavor.  They can be made by stacking different types of cakes. The high stacking layers of these cakes are covered in creamy icing. They are also decorated with fascinating decorations.

Sponge and Foam cakes – These cakes contain a high percentage of eggs than flour in their batter. They are further divided into three categories –

1. Cakes with no fat in any form 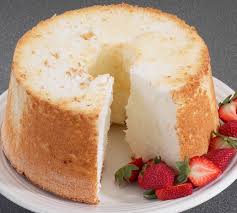 Angel Cakes – It is very spongy and light, and therefore is known as the angel cake referring to the food of the angles. It does not contain any fat and makes use of softer wheat; this provides a very light texture to it and in taste also it is a very light and spongy. This cake only uses egg white and no egg yolks. It crumb is equally tasty which literally seems to melt in mouth. 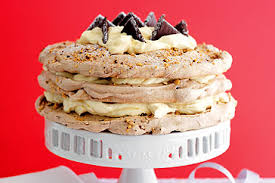 Dacquoises  -It is a cake derived from traditional French recipe. It contains almond meringue layers which are sandwiched with cream and apricots. People tend to like it more when it is served chilled. It is also served with fruits sometimes. The batter made of almond (powder form), egg whites, caster sugar and cream of tartar are baked in two or more baking trays. A filling cream is prepared using ingredients like dried apricots, lemon zest, granulated sugar, double cream and water. The first meringue round is topped with the filling cream and then second meringue round is placed on it. This top of cake is dusted with icing sugar and then decorated with whipped cream.

2. Cakes whose only fat is egg yolk 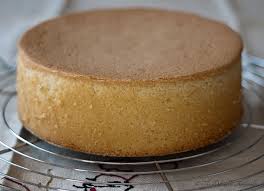 Sponge cakes – Sponge cakes are very similar to angel cakes as they too do not use any shortening or leavening and contain a high proportion of eggs than in comparison to flour. However, unlike angle cakes, they use whole eggs as angel cakes only use egg white. This cake is also used in many treats and puddings like trifles, swiss rolls, etc. Their texture depends upon the whipping of eggs.

3. Cakes which contain oil or fat in addition to egg yolks – 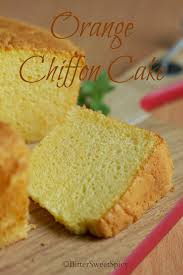 Chiffon cakes – It has features similar to oil cake and a sponge cake. This cake was invented in 1927. One important point to be noticed is that in the preparation of this cake, egg whites and yolks are beated separately. It makes use of vegetable oil, and therefore butter or conventional shortening is not used. This cake recipe was introduced by Harry baker. Unlike sponge cake, it contains oil. 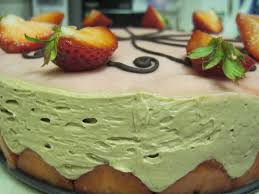 Genoises – It is an Italian cake and is named after a city in Italy named as Genoa. It is a very sturdy cake and known for its lightness and great taste. It can also be considered a version of sponge cake with more flavorful crumb. Its tenderness is due to melted butter which is added into the butter. This cake is less sweet than sponge cakes. It does not crumble easily, and therefore is also used as base for other desserts. It is used in desserts like tortes, petit fours as a base ingredient. It can sometimes taste dry and therefore is accompanied by some fruits or syrup.