Difference between Ayurveda and Siddha Medicine 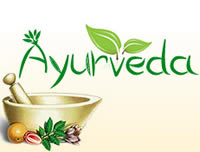 Both ayurveda and siddha are types of treatment system developed in India. They both depend on mainly natural remedies and exercise to prevent and treat an illness. Ayurveda predates siddha, and each was developed in two different regions of India. Ayurveda was incorporated in ancient Vedic texts, whereas siddha was written on palm leaf manuscripts in Tamil Nadu. Both believe that imbalance in the body creates an illness or disease.

Ayurveda and siddha emphasize the balance of three elemental energies or humors: Vāyu / vāta (air & space – "wind"), pitta (fire & water – "bile") and kapha (water & earth – "phlegm"). They believe that an imbalance of these create a disease. The difference among them is that, siddha medicine recognizes predominance of vata, pitta and kapha in childhood, adulthood and old age, whereas ayurveda recognizes predominance of kapha, pitta and vata in childhood, adulthood and old age, respectively. 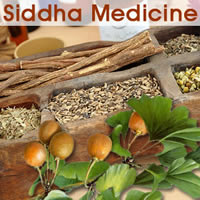 Another difference is that ayurveda emphasizes on using herb, minerals, a need for healthy metabolic system, good digestion system, good digestion, proper excretion, exercise, yoga, and meditation, in order to keep the body healthy and avoid diseases. Whereas, siddha promotes using methods and medication, such as intense yogic practices, including years of periodic fasting and meditation, in order to strengthen the physical bogy and soul to attain supernatural powers and immortality. Siddhars, who supposedly attained supreme knowledge through this spirituality, wrote scriptures on all aspects of life, from arts to science and truth of life to miracle cure for diseases.

Both SIDDHA and AYURVEDA are great system of medicine that have been orginated in our land. And they 've its own values.bt the SIDDHA SYSTEM OF MEDICINE is not only a branch of medicine , its the science of life, THE SCIENCE OF THE ENTIRE UNIVERSE.....

Its good to see Ayurveda is older and more logical as compared to sidda cuz it doesn't believe in fasting to get superpowers. It's great to see how something as old as.4000 years still exists and it's great method

Don’t believe this website, Ayurveda was invented slightly after Siddha.

Hi, both siddha and ayurveda was having the same orgin, mainly the knowledge is transfered from lord shiva to danvantri and nandhi and then to every body starting from agasthiya.

further the key difference is that both are same medicene but with a slight change as per the geograpical location of the people. Ayur veda is recommeded for the people residing above vindhaya mountains (possibly tropic of cancer) and siddha is recommeded for the people residing below vindhya mountains that is the main difference and many people dont know about this. rest of diagnosis and other stuffs are same.

and more over regarding the period of origin, both are eternal.

in Pogar 7000 manuscript he has visited many places in the wold and also witnessed the pandavas and Lord krisha and so on while he used (KANAKA mARKAM - a KIND OF VEDHAI of mystic powers) it clearly shows that he has lived 5000 yrs back before kaliyuga.

similarly the orgin of all medicine is from danvantri who chame while churning the cosmic ocean.

so with the current generation with limited senses can not evaluate the orgin of the same.

Thank you for this clarification. I have become fascinated with Ayurveda and studying it. I recently learned of siddha, but in my reading, they seem to actually be much the same at their root, they just evolved further in different geographic areas.

In tamilnadu siddha is favourite method to cure many human disease,here so may siddha products are available,but many companies dont have a manufacturing license,they have good products unfortunately not well grown in market.Chemical cosmetics are well grown in market,they have a manufacturing and marketing license from tamilnadu government.But tamilnadu stops to produce license to small,medium scale industries.....They need some....

Siddha seems to be the latest compared to Ayurveda. Actually both seem to be similar too.

Cool to hear Siddha from Tamilnadu an ancient (2500 yrs) old has treatment/medicine for everything & it still exists. And worried to hear it forgotten or unknown o/f world :(