Difference between Election and Selection

Key Difference: Election refers to a formal and organized process by which a selection is made on the basis of a choice made by  population. Selection is the process of determining the appropriate entity or entities among the choices available. Selection can be referred to as an act of choosing any kind of entity, whereas elections are generally held to select the winner of a position or a political office.

Election and selection are often considered to be the same. However, they both differ slightly. Election is also a type of selection.

A formal and organized choice by vote of a person for a political office or other position.

The action or act of carefully choosing someone or something as being the best or most suitable.

The thing that is common between the two terms can easily be seen and that is regarded as the choice. Selection is often regarded as the act of choosing something, especially one that is found to be suitable. The criteria of selection may vary from person to person. For example- if a selection is to be made from two books by two persons then both can select the same book or select two different books. Selection is also used to refer to a range of things from which a choice may be made.

1.  She likes her selection of songs for the event.

2.  He recited from his selection of poems 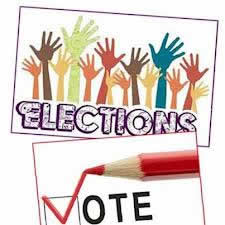 3. The selection of the wedding dress is always a difficult task.

1.  He was elected as the chairman of the company. The elections were conducted in the office.

2.  She was referring to the elections held in the last year.

3. Elections are important to democracies for various reasons.

4. His election to the union was welcomed by everyone.

Selection is often associated with an individual’s method of choosing from various alternatives, whereas election is often associated with a choice pertaining to a number of people. In elections,  a number of people, small or large, vote and then the decision is made based on the majority of votes. Elections are based on votes and a vote represents the will of a person stating his selection.

What did people use to mean selection before "selection" was a word?