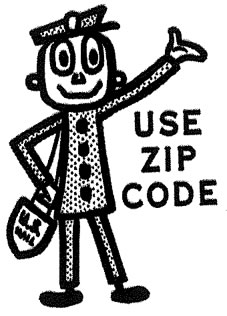 Emails and instant messaging has changed the way we communicate and has effectively put snail mail to rest. However before emails and messaging became such a huge hit, sending letters was the most effective way in order to reach someone across the world. There are many people who still prefer to send letters and letter writing is now considered as an art.

When mailing was at the height of popularity, the bulk of mails that came through was in millions. The government needed an effective way to separate and distribute the mail to its correct location. This proved difficult at a lot of people could not manage to correctly write the address, they ended up missing a few aspects of the address or there were multiple places with the same name. So, they needed an individual coding system that could let them know exactly the area to which the mail is addressed to.

Thus, the Postal Code was born. Postal Codes are individual codes that lets the delivery companies or postal services know the state, the city and the district where the letter is supposed to be posted. The system was originally introduced by USSR and it was gradually adapted to other countries as well. In some countries, postal codes are all numerical, while other countries use an alphanumerical system.

Zonal Improvement Plan, also known as ZIP code, is the system of codes that was introduced by the United States during the 1960s to make it easier to sort mails. It uses 5 digits, with the first digit referring to the national area, the middle two for the district post office and the last digit for the local postal office. The system made things easier and helped less posts becoming lost in the mail. To make the process more effective, US has also added 4 digits to the original 5, which helps further narrow down the area to where the mail is supposed to be delivered.

Postal Index Number, also known as PIN Code, is a system of postal codes that is native to India. It is exactly the same concept as the ZIP Code but instead of 5 digits, a PIN code has 6 digits. The first digits point the region in India, the second digit point out the sub-region, the third digit points out the sorting district and the last 3 digits are for the local postal office.

Both the codes serve the same purpose of helping mail couriers figure out the exactly location in the easiest and the effective manner.

When the use of PIN code in India than use of zip code need in India why?

Now a days Zip Code word is popular. but dont confuse PIN CODE and ZIP CODE are same Thing. u can get of PINCODE any location