Difference between Actor and Actress

Key difference: An actor is a person that acts. Acting is essentially the portrayal of another person or character. An actor basically acts in a dramatic or comic production, whether it be in film, television, theatre, or radio. An actress refers to a female actor. 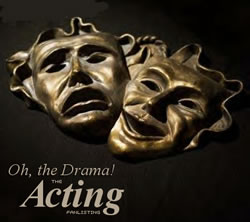 An actor is a person that acts. Acting is essentially the portrayal of another person or character. An actor basically acts in a dramatic or comic production, whether it be in film, television, theatre, or radio.

Dictionary.com defines an actor as:

An actress, on the other hand, is a female who acts. Originally women first started acting after 1660 in England. Before that actors were generally male. An acting profession was considered disreputable for a woman. After women began acting, the term ‘actor’ and ‘actress’ was user interchangeably to refer to them. However, the term was later influenced by the French term ‘actrice”, essentially actress and gave popularity to the term. The term ‘actor’ today is considered to be gender neutral, which means that it can be used for male or female. However, ‘actress’ also remain a popular term to refer to a female person who acts.

It is believed that one of the first actors of the western world was Thespis of Icaria in Ancient Greece. As the story goes, Thespis walked out of the chorus line and spoke to the audience as the character or Dionysus. Before that the chorus used to narrate the play, including the dialogues, for example: Dionysus went there… Dionysus said … It was the actors’ job to move around on stage and behave as the chorus dictated. However, Thespis broke that norm and spoke directly to the audience as Dionysus. I am Dionysus. I went there… I said… Of course, that is not how modern actors act; they just do or say, rather than narrate what is happening. However, Thespis set the stage for modern actors.

Acting requires a wide range of skills, including vocal projection, clarity of speech, physical expressivity, emotional facility, a well-developed imagination, and the ability to interpret drama. At times, actors may also be called upon to employ dialects, accents and body language, improvisation, observation and emulation, mime, and stage combat. In order to develop these skills, many actors train in special programs or colleges.