Difference between Agar and Gelatin

Key difference: Agar and Gelatin, both are essential ingredients used in the preparation of desserts. The main difference between agar and gelatin is based on the source from which they are derived.

Agar and gelatin are very commonly used as gelling agents in soups and desserts. They are often used interchangeably. This article differentiates between the two foods agents. 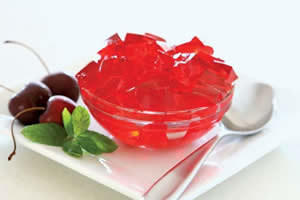 Gelatin is a solid substance which is used in making desserts and various other food delicacies. It is colorless, translucent, tasteless and brittle.

Gelatin is a thickening agent which is derived from animal sources, mailny pig. It is actually collagen that is obtained from animal bones, tendons, skin, muscles, ligament, hooves, cartilage etc. All this is boiled and converted into gel, which acts as a setting or thickening agent.  The basic property of gelatin is to convert a liquid into a gel when it is added to the liquid, and the mixture is boiled. This liquid further when tasted, gets heated and melts.

Gelatin is widely used in other industries because of it gelling property. In the food industry, it is majorly used in the production of candies, marshmallows etc. It is used in the pharmaceutical industry to make medicine capsules; it is also used in makeup. It plays an important role in photography, as gelatin emulsions are used in all types of photographic films and papers. 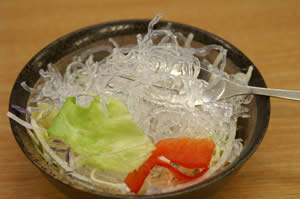 Agar is a type of gelatin that is derived from plant sources. It is actually a seaweed, which has gelling properties. It is obtained in the form of powder from the seaweed; it easily turns a liquid into gel. Also, it is a mixture that contains many different carbohydrates, which are obtained from the seaweed.

The term ‘Agar’ is derived from the Malay word ‘agar-agar’, which is known as jelly. It is made from algae found in Red Sea. It is popularly known as ‘Kanten’ in Japan, and as ‘Chinesegrass’ in India. It is considered vegetarian because of its plant origin and is used as a substitute. It is extensively used, because it is high in proteins and rich in minerals. Also, it can be easily made by simply boiling it, till it is completely dissolved, and then turns into gel after cooling.

It also used in other industries such as microbiology for conducting tests, plant biology to promote growth, etc.

Comparison between Agar and Gelatin: