Difference Between AIDS and STDs

Key Difference: AIDS (Acquired immune deficiency syndrome) is a sexually transmitted infection that is caused by HIV (Human Immunodeficiency Virus). The HIV virus is what initially infects a person, while AIDS is the disease that is caused during the few final stages of the infection. The infection alters the immune system, making the body more vulnerable to infections and diseases. Sexually Transmitted Diseases (STD), also known as Sexually Transmitted Infections (STI) or venereal diseases (VD) are diseases that are contracted by humans through sexual behavior and activities.

You cannot exactly differentiate between AIDS and STDs as AIDS is a type of STD. STDs or Sexually transmitted diseases are diseases or infections that spread through sexual activities. AIDS is a STD that is contracted through the HIV virus. 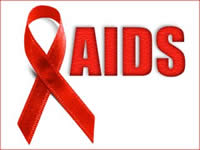 AIDS (Acquired immune deficiency syndrome) is a sexually transmitted infection that is caused by HIV (Human Immunodeficiency Virus). The HIV virus is what initially infects a person, while AIDS is the disease that is caused during the few final stages of the infection. HIV causes the body’s immune system to constantly deteriorate. The infection alters the immune system, making the body more vulnerable to infections and diseases. The HIV virus dates back to the late 19th century in west-central Africa. AIDS and HIV were first identified in the early 1980s.

The HIV attaches to cells in the body fluids such as semen, blood, vaginal fluids and breast milk; however it cannot be transmitted through sweat, saliva or tears. The infection is most commonly passed to another person via blood to blood or sexual contact. An infected pregnant woman can also infect her child if she opts for a natural vaginal birth or if she breastfeeds her child. Precautions such as opting for cesarean, not breastfeeding the baby and giving the birth antiretroviral drugs can result in the child not contracting the infection.

The virus enters the human body and rapidly replicates itself and attacks the CD4+ T cells in the human body. The CD4+ T cells are responsible for fighting various different infections from the body, and depletion of this virus weakens the immune system, allowing the body to contract other infections. A person acquires AIDS when the CD4+ T cell count falls below 200 cells per µL or the occurrence of specific diseases in association with an HIV infection. The most common indicators of the presence of AIDS are pneumocystis pneumonia (40%), cachexia in the form of HIV wasting syndrome (20%) and esophageal candidiasis.

HIV can be transmitted through three main routes: sexual, exposure to infected body fluids or tissues and from mother-to-child. Sexual is the most common form of transference, followed by exchanging contaminated needles and blood transfusions.

Symptoms of early HIV infection include:

Symptoms of AIDS include:

There is no cure for HIV/AIDS; however there are treatments that are available in order to slow down the progression of the disease. Best preventing measure for HIV/AIDS include abstinence, condoms, limit number of sexual partners, refrain from using contaminated needles, choose sexual partners with care, and get checked for HIV/AIDS. 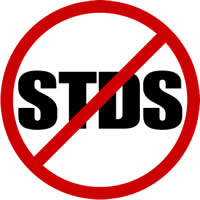 Sexually Transmitted Diseases (STD), also known as Sexually Transmitted Infections (STI) or venereal diseases (VD) are diseases that are contracted by humans through sexual behavior and activities. Sexual activities such as vaginal intercourse, oral sex, and anal sex or exchange of bodily fluids can spread STDs. Though previously these have been referred to as diseases, they are now terms as sexually transmitted infections (STIs) as this provides a more broader range covering diseases as well as infections that can give birth to diseases. Certain STIs, such as HIV/AIDS can also be contracted through contaminated blood, contaminated needles, childbirth of breastfeeding. The study of STIs is known as venereology.

Any disease or infection that can be contracted through sexual intercourse is known as a STD or STI. Infections include genital herpes, human papilloma virus/genital warts, hepatitis B, chlamydia, syphilis and gonorrhea ("clap"). According to research by the American Social Health Organization, 1 out of every 4 teens in the US will contract an STD each year. In order to contract and STD a person must be sexually active, either vaginally or orally. STDs can also be a combination of infections, for example if a person contracts gonorrhea; they are also more prone to contract other STDs such as syphilis.

Symptoms of common STDs include (these may vary depending on the infection):

Certain STDs, such as herpes and HIV are incurable and once infected there are only treatments that can reduce the progression of the disease. Prevention methods for STDs include abstinence, condoms, female condoms, vaccines (against some infections such as Hepatitis A and Hepatitis B), limited partners, practicing monogamy, getting regular checkups for STIs.