Difference between AM and PM 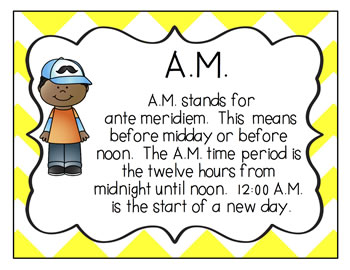 This time differentiation is not really a new phenomenon. The 12-hour clock was in development since the mid-second millennium BC. Over the past 4000 odd years, the clock has been fine tuned and eventually came to be in its current form in 16th century AD. 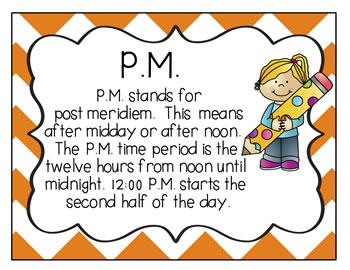 The 12 hour cycle came through the day/night. Historically, the first 12 hours occurred during the day, where the time was kept using the shadow of the sun. The second half of the day occurred at night when the time was kept using the position of the moon and stars. This is also why many people today think that AM is when it is light outside, while PM is when it is dark outside. However, this is not the case, mainly because as our ancestors figured out it is not light outside for 12 hours, similarly nor is it dark for 12 hours proper. Depending on where you live, more hours of the day may have light, or more hours of the day may have dark. There are places near the poles where it is light for all 24 hours of the day, or darkness for all 24 hours of the day.

Comparison between AM and PM: