Difference between Anime and Manga

Key Difference: Anime is Japanese animation in simple terms. These can be hand-drawn or computer animated. Originally, many of these animations were hand drawn, but with the increasing use of technologies these are now commonly made using computers. Manga is the Japanese word for comic books; these could mean any type of comic books created anywhere. However, with its ever growing popularity, it is now referred to any comic books that is created or originates in Japan. 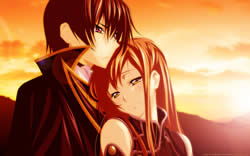 Anime and manga are two different forms of cartoons that are related to Japan. Anime and manga are becoming increasingly popular since its introduction in the western countries. For people that do not follow any anime, manga or the anime vs. manga debate, it is often confusing to understand if an anime is any different than manga. Both of these were introduced around the same period and are often confusing for those that are not fans of both. Anime and Manga both have roots in Japan and refer to animated cartoons and comic books. Anime is short for animated series, while manga is a Japanese word for comic books. However, in western countries anime and manga refer to animated series and comic books from Japan.

Anime is Japanese animation in simple terms. These can be hand-drawn or computer animated. Originally, many of these animations were hand drawn, but with the increasing use of technologies these are now commonly made using computers. Anime includes animated television series, comics, short films and full-length feature films. The word ‘anime’ has been derived from ‘animation’. Anime are often associated with colorful graphics, vibrant characters and fantastic themes.

The earliest Japanese animation can be dated back to 1917 but became famous outside of Japan in the 1980s. Anime is targeted towards more teen to adult audience, where the story lines have a more mature theme. However, with the increasing popularity, many anime are also being developed for children. Anime characters are drawn to more realistic proportions, but new anime have placed a more emphasis on the eyes and have made them bigger. Anime themes are also considered more violent and cover many different types of topics that are not suitable for children. 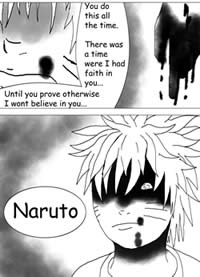 Manga is the Japanese word for comic books; these could mean any type of comic books created anywhere. However, with its ever growing popularity, it is now referred to any comic books that are created or originates in Japan. It is also written in Japanese, but can also be a translated version for non-Japanese speaking fans. The word ‘manga’ came in well-known usage during the late 18th century becoming popular with works such as Santō Kyōden's picturebook Shiji no yukikai (1798) and Aikawa Minwa's Manga hyakujo (1814). Manga became popular in the western countries following World War I, because of manga artists such as Osamu Tezuka and his Astro Boy manga series.

Manga has no particular target audience and is for everyone from children to adults. It covers a range of broad genres including action-adventure, romance, sports and games, historical drama, comedy, science fiction, etc. Many manga stories are published in black and white, but they can also be published in colors. This depends on the person writing the manga. Manga also does not have to be big publications; it can be created by individual owners that have an affinity for writing. Manga stories are in serial-format, which means they are written in series with conflicts being resolved in multiple issues and each issue is connected to the other. Manga characters are quite similar to anime characters with realistic human features but un-realistic large eyes, small nose and a small mouth. Manga are written in panel format that is similar to comics. Manga stories are believed to be for everyone and cover a range of topics that may or may not be suitable for children. It also covers more realistic story lines such as death, violence, hatred, etc.

There are many small things that differentiate an anime from manga. While, anime is a animated moving image, manga is a graphic comic that requires the images and the plot line to tell the story. Anime is also not limited to being hand-drawn, although many original animators still do every story by hand-drawn animations. Manga has to be hand-drawn and cannot be computerized.

Anime production is time consuming and requires a big budget, while manga can be done quite inexpensively. Anime requires high-end production machineries such as software, computers, staff, artists, computer animators, clean-up crew, etc. Manga is usually done by one person, the author, who is known as the mangaka, that writes the main story as well as draws the animation. Anime storylines are also quite short, when compared to Manga, which are created to take place over years. However, few anime that have been adapted from manga have been exceptions including Bleach, Naruto that have been running for long periods of time.