Difference between Anything and Everything

I think everyone can agree at one point or the other that English is a very complicated language, where similar words have complete different meaning and different words can mean the exact same thing. Such confusion also arises when deciding to use ‘everything’ and ‘anything’. These words have completely different definitions, and though people use them on a daily basis, there is no set explanation about when such words should be used. 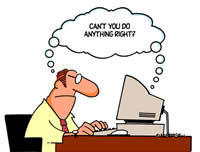 According to Merriam-Webster dictionary ‘anything’ means, “any thing whatever; any such thing.” ‘Everything’ is defined as, “all that exists; all that relates to the subject; all that is important.” ‘Anything’, in most cases, is used as to describe singularity and plurality, where anything means any one or two things out of list of things, while ‘everything’ is used to solely describe plurality, where everything on a list means all the objects that are on that list. Everything is mostly all the things that exist, seen and unseen; all the things that are.

These words are much easier to explain by using them in different contexts making them simpler to understand. Let’s take Matt as an example; Matt is given a grocery list and is asked a) to bring everything on that list and b) to bring anything on the list. In the first scenario, Matt is expected to buy all the things that are given on the list, while in the second scenario Matt is only expected to purchase one or two things from the list.

These terms have complete different meanings and are not synonymous. They are also used very differently and should not be interchanged.

If my husband says "I will give you anything, even my dying breath", as a statement of love, does that mean that he will give me anything & everything that I ask, or is his "anything" subjective to only his whims?