Difference between Apple and Mac

Key Difference: Apple Inc was formerly known as Apple Computer Inc; it is designed around a graphical user interface. The Apple system is divided among different types of operating systems: Mac line of computers, the iPod music player, the iPhone smartphone, and the iPad tablet computer. Mac, short for Macintosh, is a brand name that is designed, developed, and marketed by Apple. It can only be run on a computer designed and sold by Apple. 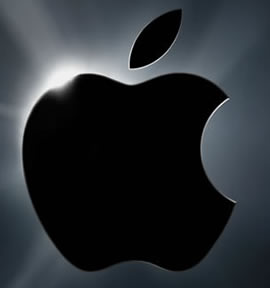 Apple is the name of the company that produces a computer called Macintosh (Mac). The original Apple Computer, also known as the Apple I, or Apple-1, is a personal computer released by the Apple Computer Company (now Apple Inc.) in 1976. They were designed and hand-built by Steve Wozniak. Wozniak’s friend Steve Jobs had the idea of selling the computer. The Apple I was Apple’s first product and it was demonstrated in July 1976 at the Homebrew Computer Club in Palo Alto, California.

Apple has developed an extremely competent and successful supply chain. The Apple system is divided among different types of operating systems: Mac line of computers, the iPod music player, the iPhone smartphone, and the iPad tablet computer. Steve Jobs, CEO of the Apple company, removed the word ‘computer’ from the company's name and introduced the iPhone on January 9, 2007. On the revenue list, Apple is the world’s second largest information technology company. The Apple operating system is currently in its 5th generation. 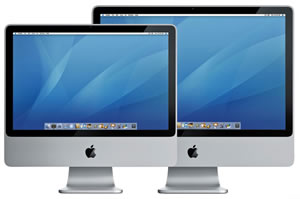 A Mac, short for Macintosh, is a brand name which covers several lines of personal computers designed, developed, and marketed by Apple Inc. On January 24, 1984, the Macintosh was launched by Steve Jobs. Mac, a UNIX-based operating system, can only be run on a computer designed and sold by Apple. Mac is often pricier than PCs, as Apple is considered a brand. Apple also tends to utilize higher end products, such as internal components, screen, keyboard, etc., in order to maintain its brand status. Mac has its own operating system and is quite different from Windows. There are four styles of computer in the Mac range.

Macs are now being competitively priced in an attempt to increase their market share. Contemporary members of the Mac family are broken into two groups, desktops and laptops. Current components of the desktop and laptop models includes: all-in-one iMac, entry-level Mac mini, Mac Pro tower graphics workstations, MacBook Air laptop and MacBook Pro laptop. There are six powerful applications that are now included in every Mac. As a result, one can do amazing things with their photos, movies, music, documents, spreadsheets and presentations.

Comparison between Apple and Mac: